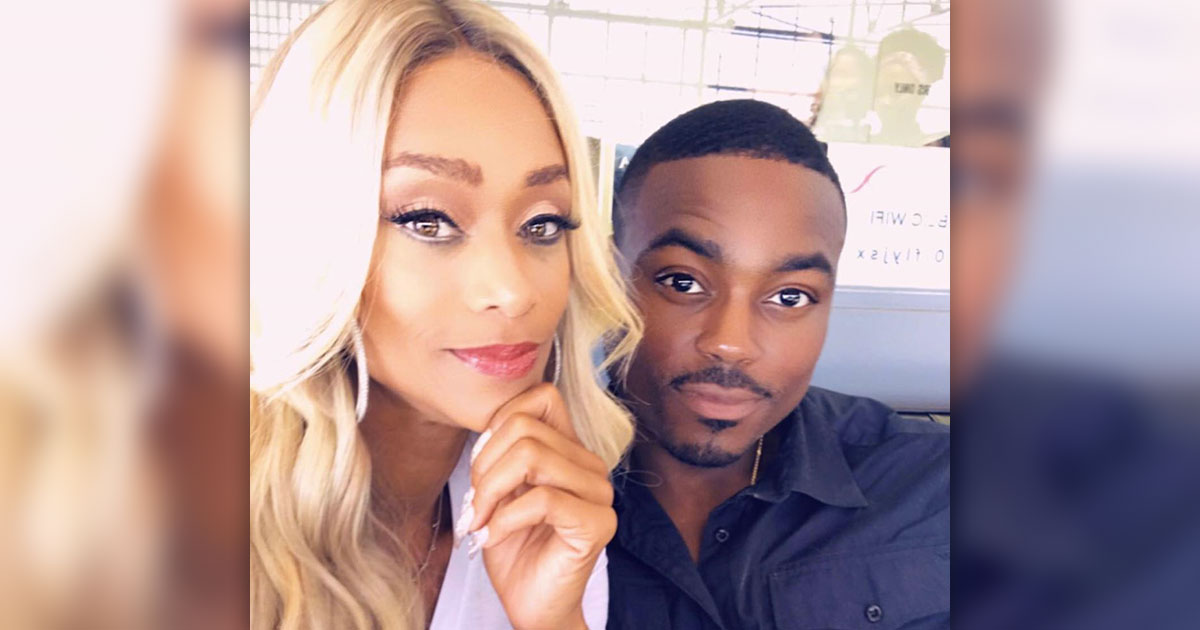 Tami Roman said she would never get married again, but as “they” always say, never say never … because she’s officially a wife for the second time after secretly tying the knot with her longtime boyfriend in Las Vegas.

According to The Blast, Roman and her boyfriend of the past six years, Reggie Youngblood, have been married since last August.

The couple reportedly obtained a marriage license on August 17th, 2018 and got married not long after that.

If you’re surprised by the news, you’re not alone.

While the couple has documented their relationship on VH1’s Basketball Wives and WeTV’s Marriage Boot Camp (back in season 5 of the show that featured all reality stars), neither Tami, 49, nor Reggie, 32, have addressed their marital status on social media.

One day before the couple’s top-secret Las Vegas wedding ceremony, however, Tami shared a cryptic message on Instagram that makes a lot more sense today.

“The bravest thing I’ve ever done is learn to stand still and let God MOVE,” she wrote on August 16th, 2018.

Tami was previously married to NBA star Kenny Anderson from 1994 until their divorce in 2001 and they share two daughters together.

Roman will return to the next season of Basketball Wives, which returns on June 19th, and will also feature longtime cast members Shaunie O’Neal, Jackie Christie, Evelyn Lozada, Malaysia Pargo and Jennifer Williams.

As for whether or not Tami and Reggie’s secret marriage will be addressed on Basketball Wives Season 8, looks like we’ll just have to tune in and find out!