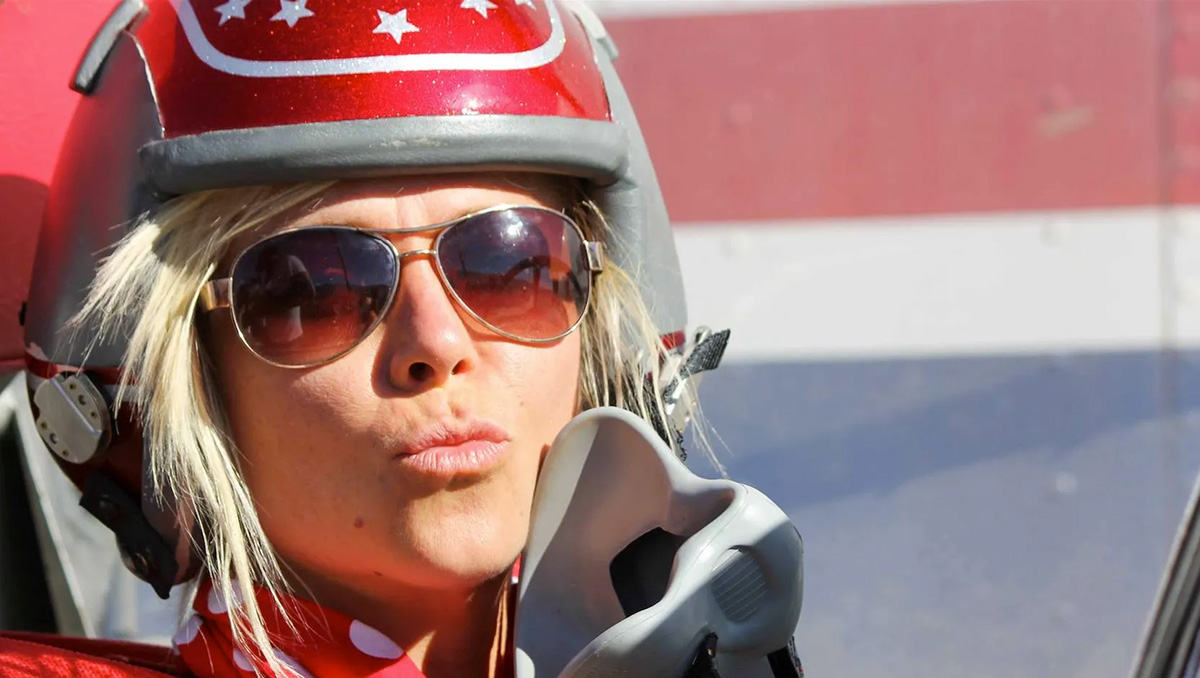 Jessi Combs, a professional racer and TV personality known for breaking land-speed records, died after a car crash Tuesday (Aug. 27) while attempting to go 500 mph to break a land-speed record. She was 36 years old.

KTVZ reports that the Harney County Sheriff’s Office was called to the scene of the crash around 4 p.m. Tuesday.

Details about the crash haven’t been released, however, authorities are reportedly investigating.

Combs—affectionally referred to as “the fastest woman on four wheels”—was reportedly trying to beat her own land speed record when she was tragically killed in a jet-powered car in Oregon.

Her previous record, set in 2016, was 478 miles per hour in the same desert where Tuesday’s crash happened.

She earned her nickname in 2013 after she broke a record held by Lee Breedlove since 1965 by reaching 398 miles per hour.

Jessi was also known as a TV personality who made notable appearances on shows like Mythbusters and Overhaulin’.

Just a few days ago, Combs shared a photo on social media as she prepared for this most recent speed record attempt.

“It may seem a little crazy to walk directly into the line of fire… those who are willing, are those who achieve great things,” she wrote. “People say I’m crazy. I say thank you ;)”

Terry Madden, a member of Comb’s crew, confirmed her death via Instagram Wednesday morning (Aug. 28), calling Jessi “the most amazing spirit that I have ever or will ever know.”

He added that he was the first one on the scene of her “horrific accident” and said everything “humanly possible” was done to save her.

Three weeks prior to Combs’ tragic passing, Madden wrote a beautiful message to her on his Instagram page. He said that Combs had “changed his life” and was “hands down the best friend I could have ever asked for.”

Jessi’s last IG post, shared on August 25th, two days before she died, reads: “I just want to thank all of you for your support and loyalty. That’s all. Have a nice day :)”

It is with extreme grief, and in celebration of her life that her family and close friends share that race car driver, and TV personality Jessi Combs, passed away in a fatal crash, where she was pursuing a land speed record in the North American Eagle on August, 27th 2019 on a dry lake bed in Oregon. The details of the crash have not been released at this time.

Jessi was known for her bright smile, positivity, and tenacious pursuit of the fulfillment of her dreams. Her drive was infectious, and she served as a role model for young Girls, and Women around the world. People that loved her and followed her became family, all bonded together by adventure and passion.

Her fans adored her, and she lived to inspire them. Jessi’s most notable dream was to become the fastest woman on Earth, a dream she had been chasing since 2012. Combs was one of the rare dreamers with the bravery to turn those possibilities into reality, and she left this earth driving faster than any other woman in history.

Surrounded by her family and friends at the time of her passing, Jessi lived fearlessly and her legacy lives on in the countless lives she touched.

Jessi is known for her hosting work on television series including “All Girls Garage,” “Overhaulin’,” “Extreme 4×4” and Autoblog’s “The List.”

A celebration of Jessi’s life in being planned and a foundation is being created to continue her efforts to empower women and young girls to follow their dreams.