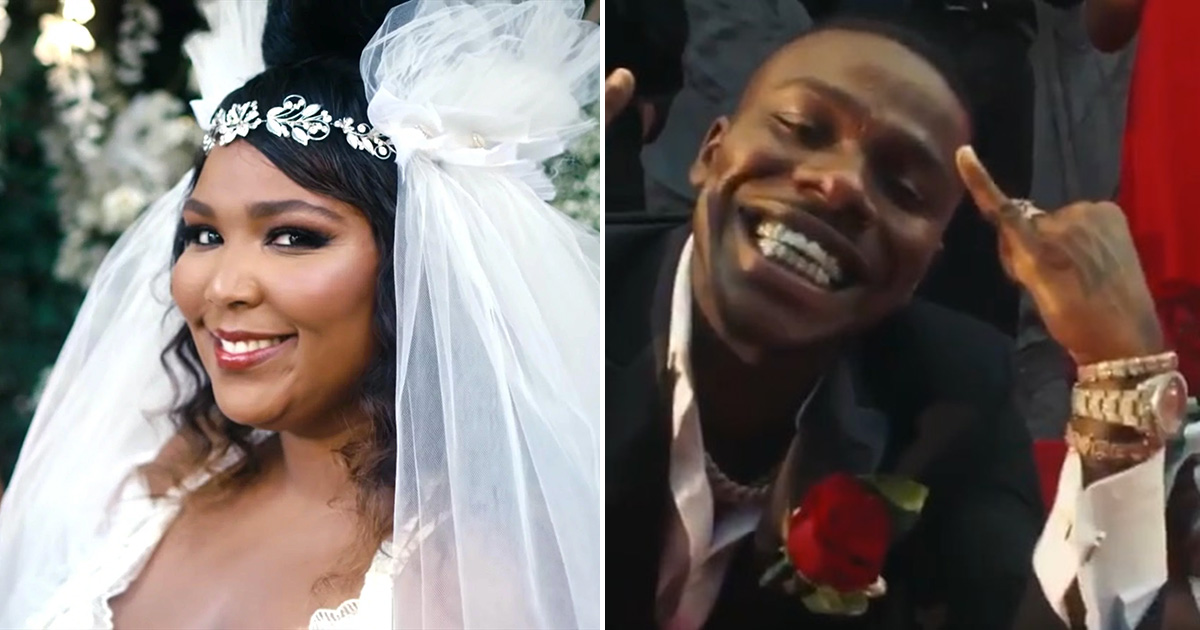 Lizzo and DaBaby are up to something!

2019 has been VERY good to both Lizzo and DaBaby … so it’s only right that the two artists team up for a collaboration.

Lizzo teased the collab, a remix to her hit single “Truth Hurts,” on Instagram Wednesday afternoon.

“Why u come fa me like that lmaoooooo,” she wrote along with a photo of an MP3 file titled “TRUTH HRTS FT DABABY.”

DaBaby responded on his own IG with a screenshot of Lizzo’s post, writing: “Uh-oh” with the two eyes emoji.

He also commented on Lizzo’s original post, writing: “Cuz you my boo” with a kissy face and crying laughing emoji. 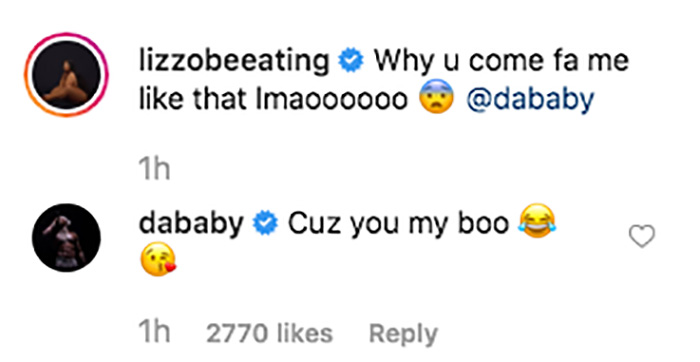 While they are both rising Hip-Hop artists, Lizzo and Dababy also have two totally different styles, so it would be interesting to hear how they sound together on one song.

“Truth Hurts” was originally released in 2017, but has recently reemerged since the release of Lizzo’s highly successful third studio album Cuz I Love You, which peaked at #4 on the Billboard 200 album chart.

DaBaby is still riding the wave from his hit single “Suge” from his equally successful debut studio album Baby on Baby, which was released back in March and peaked at No. 7.

No word when the “Truth Hurts” remix will drop, but new singles are typically released on Fridays, so we’ll definitely be on the lookout for it!