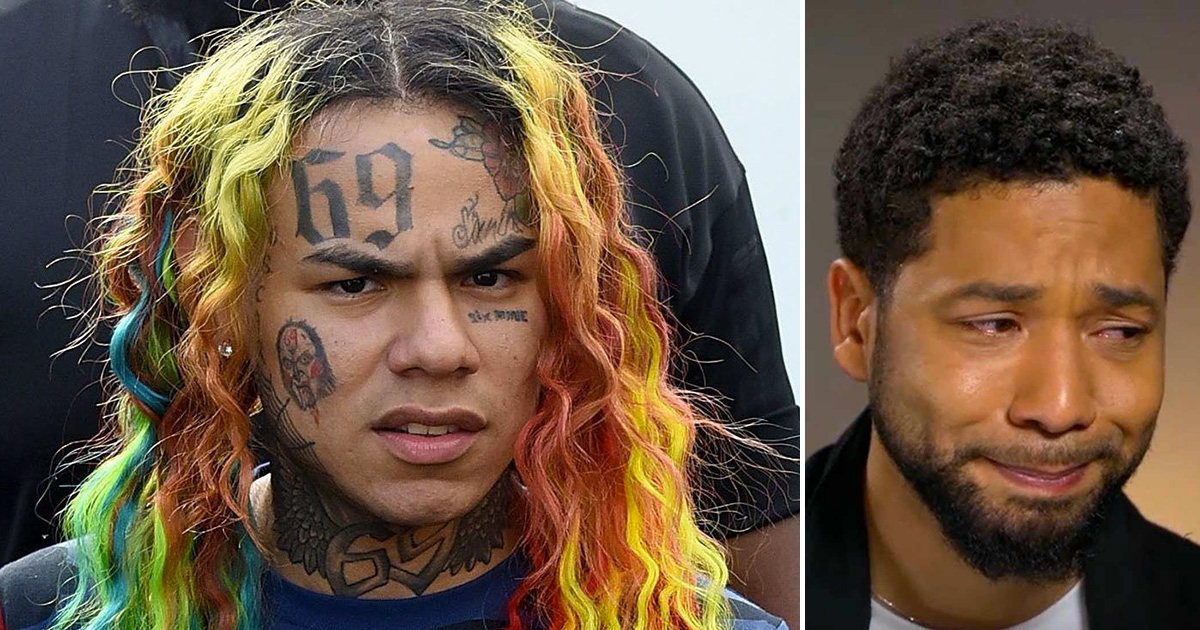 In news that should probably surprise no one, Tekashi 6ix9ine is being accused of faking his own kidnapping for clout … which would essentially make him the Jussie Smollett of hip-hop.

Page Six reports that a defense attorney for one of the men accused of participating in the July 2018 alleged abduction and robbery says the whole thing was orchestrated by the “FEFE” rapper himself in a desperate attempt to promote his new album.

“He was about to drop another album,” Cannick said of 6ix9ine. “Gotta get that buzz up. That’s how he makes money.”

The comments were made Friday (Aug. 17) during a hearing when a Manhattan federal court pushed the trial for Ellison and his alleged accomplice and fellow Nine Trey Gangsta Blood Aljermiah “Nuke” Mack back to September 16th.

Cannick also claimed Friday that the car used to kidnap the rainbow-tressed rapper had been inexplicably wired by the government ahead of time, meaning the entire incident was recorded.

“We believe that’s going to be very useful to us,” the attorney said with a smile.

He added that Tekashi’s Instagram account appeared to show him unscathed in the days following the allegedly orchestrated attack.

Following his guilty plea earlier this year to federal racketeering charges, Tekashi (real name: Daniel Hernandez) is expected to testify as a government cooperator against Ellison and Mack, who have both pleaded not guilty and face up to life behind bars if convicted.