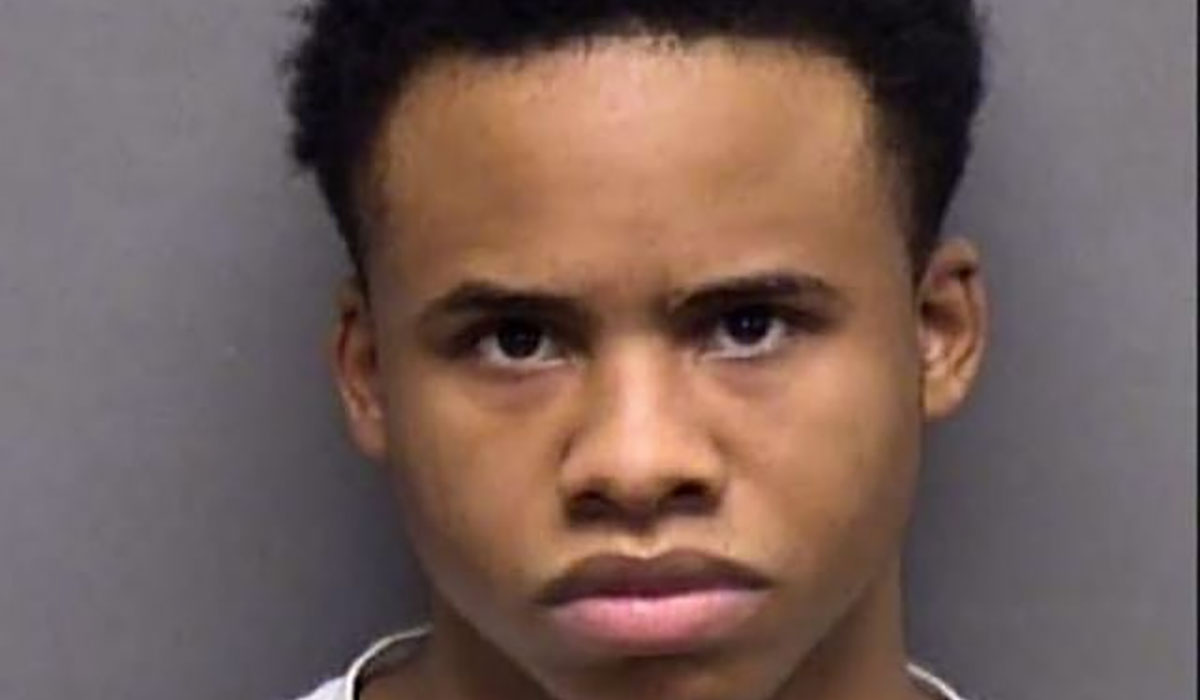 Just three weeks after rapper Tay-K was sentenced to 55 years in prison on a murder charge for a 2016 robbery that left a man dead, a brand new mugshot for the 19-year-old has surfaced.

While Tay-K, whose real name is Taymore McIntyre, has appealed that conviction, he’s also facing another capital murder charge in an unrelated case.

Last week, the Fort Worth Star-Telegram reported that Texas prosecutors want McIntyre to be tried as an adult in connection with the murder of 23-year-old Mark Saldivar.

McIntyre is accused of fatally shooting Saldivar outside of a San Antonio Chick-fil-A in 2017 while he was on the run just one month after cutting off his ankle monitor while on house arrest for the shooting death of 21-year-old Ethan Walker.

McIntyre was 16 at the time of the 2017 shooting, and was charged as a juvenile with delinquent conduct/capital murder, but prosecutors are planning to seek to have him certified to face trial as an adult in the case.