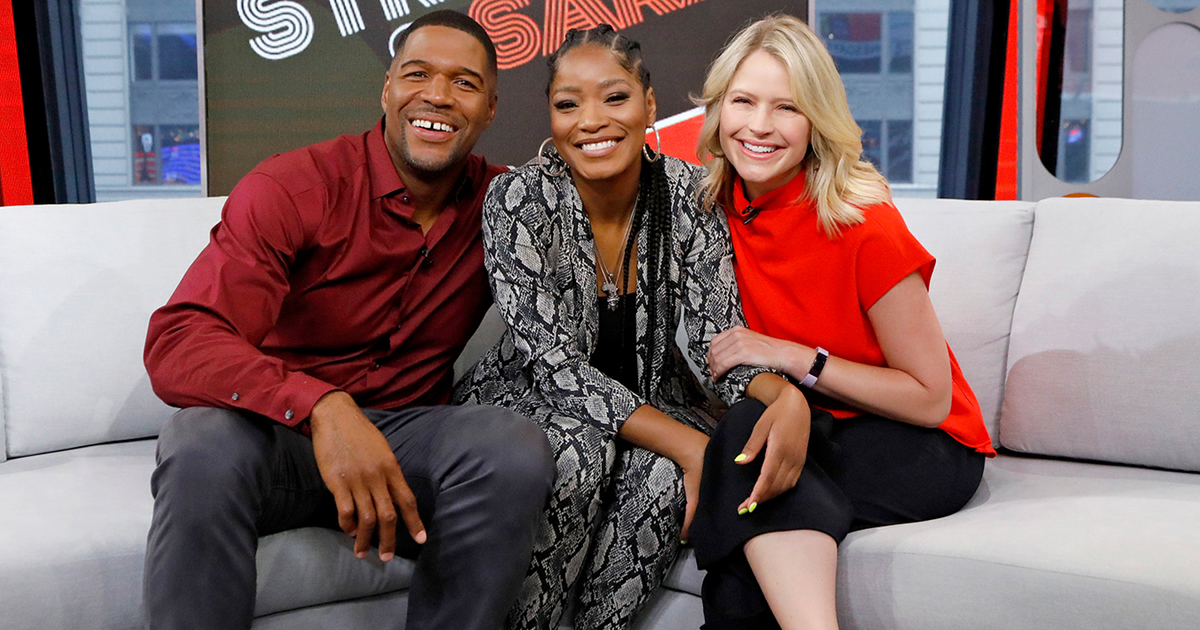 Page Six is exclusively reporting that Palmer is “days away from inking a deal,” which may be finalized by the end of this week.

“ABC execs are close to finalizing a deal,” a source told the site. “She’s fun, spontaneous and has great energy.”

Palmer has been guest co-hosting the show with Michael Strahan and Sara Haines all summer long, including while Haines was on maternity leave. Haines returned just last week.

“Keke has been so much fun filling in, so they decided to make her an offer,” said the insider. “The audience knows her and she’s got great chemistry with both [hosts].

We previously reported that ABC execs were so impressed with her performance and chemistry with the hosts, that they were trying to find a permanent role for her within the Good Morning America franchise. However, it was only rumored at that time.

The source added the hope is that Palmer—who turns 26 next month—will attract younger viewers and help with the show’s struggling ratings.

Strahan and Sara premiered last year as GMA Day, an afternoon spinoff to Good Morning America. It was revamped to its current format and name in January.

Unfortunately, it has still failed to even match the ratings of canceled popular cooking show The Chew, which it replaced.

It’s unknown if the show will underdo yet another name change to include Palmer’s name once she officially comes onboard.