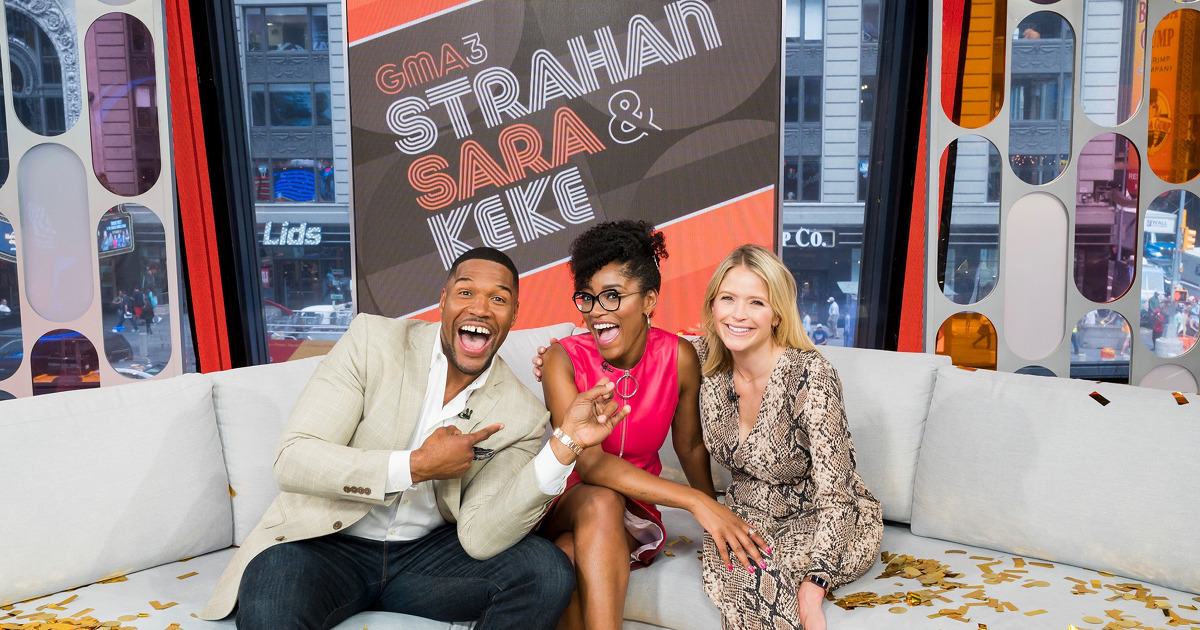 Actress Keke Palmer is celebrating her 26th birthday today (Aug. 26), and she just got the best gift ever.

After serving as a guest co-host all summer long of Good Morning America‘s third hour Strahan & Sara, Palmer has officially been named a permanent host of the show–and her name is even in the title!

“We love Keke because she stepped up to the plate and joined our family and carried the ball,” host Sara Haines said as she and Michael Strahan presented the birthday gift to Palmer. “So, we thought we’d something really special for you.”

“It’s been a blast having Keke co-host this summer. She brings a unique and spontaneous energy viewers love,” the show’s executive producer Rory Albanese said in a statement. “She’s a multi-talented artist, and I’m thrilled to have her join Michael and Sara every day.”

We first reported last month that ABC was seriously considered adding Palmer to the program after being impressed with her performance. Just weeks later, it reported that Palmer was in the final stages of contract negotiations.

This is the second rebranding of the Good Morning America extension show which premiered last year as GMA Day.

ABC believed the program would be and easy way to increase revenue for the GMA franchise and compete with the fourth hour of NBC’s Today show. Unfortunately, it has failed to match the ratings of the show it replaced, The Chew.

Hopefully, Palmer’s addition will help bring in a younger demographic and increase the overall viewership.