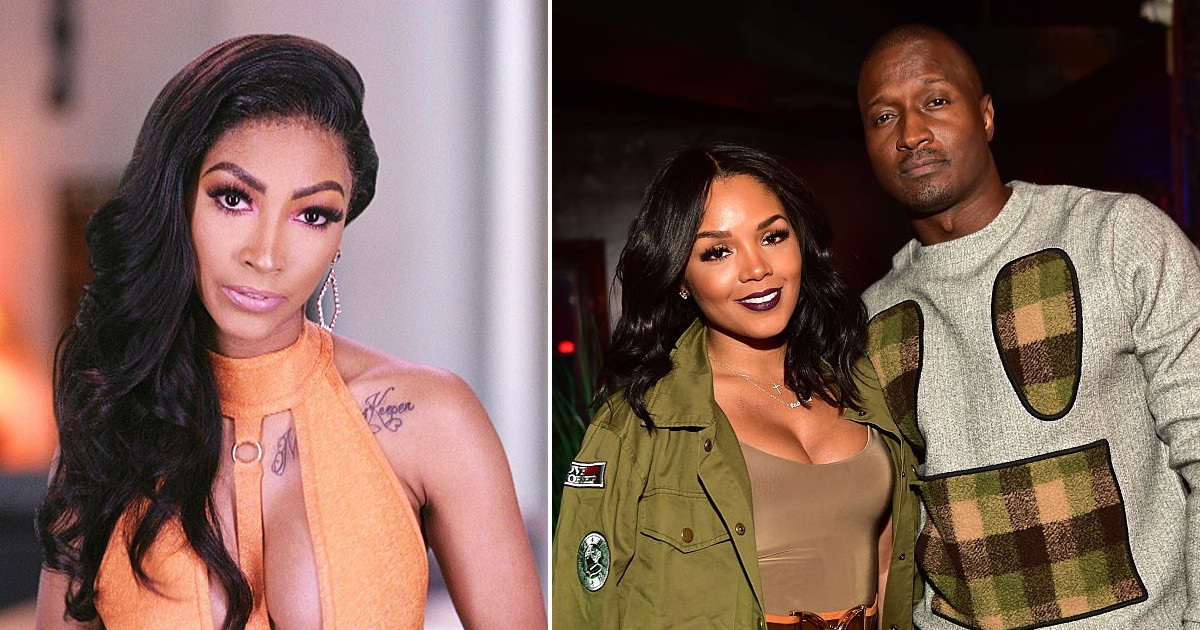 The Love & Hip-Hop Atlanta reunion concluded earlier this week and the mother of Kirk Frost’s baby outside of his marriage to Rasheeda was nowhere to be seen. But that didn’t stop Jasmine Washington from saying what she needed to say.

LHHATL Season 8 focused on Kirk and Rasheeda attempting to build a relationship with 3-year-old Kannon, the son Kirk had with Jasmine after cheating on Rasheeda.

During the reunion, the still-married couple shamed Jasmine for expecting too much from Kirk, even though Jasmine wasn’t there to defend herself.

“I think she expects me to be there like she was in a relationship,” Kirk said. “And she gotta understand, it was something different, and you chose to move forward with the situation, and you gotta kind of deal with it.”

Rasheeda co-signed with her husband of 20 years, blasting Jasmine for choosing to have a baby with a married man, as if Kirk had no part in creating little Kannon.

“You had a child with a married man and a family. He’s not gonna change his structure for you,” she said. “He never made you think that sh*t from the beginning! So don’t think now that that child is in place that everything is gonna change. It’s not.”

Jasmine—who says she was uninvited to the reunion—took to social media to tell her side of the story. In the now-deleted post, she said she doesn’t ask for much and called Kirk and Rasheeda “TV parents” who barely see her son and only used him for a storyline.

“I was told I was uninvited to do the reunion bc I no longer allowed these 2 to film with my son & act as if they really be spending time with him in real life,” she wrote.

“They are tv parents. I expect Kirk to be there like a f-king father. Let’s start there. I dnt ask for much! But surely you can take out an hour of your ‘busy schedule’ to see him for his bday or pick him up for example.

“Damn, maybe even a 30sec phone call from your daughter’s phone to wish him a happy bday? Is that me wanting y’all to change your ‘structure?’?? Is that me expecting you to be there like we’re in a relationship??

“Not 1 of y’all wished him a happy bday but act so concerned about everything else when the cameras rolling. I dnt even gaf that sis wants to hold me more accountable than her husband, but KANNON ain’t do sh-t to none of y’all.”

Jasmine went on to claim that Kirk and Rasheeda faked the scene that showed Rasheeda finding secret text messages from Jasmine on Kirk’s phone. She says she doesn’t even have Kirk’s number.

Jasmine continued to paint Kirk as an absent father and vowed to continue standing up for her child with or without the cameras.

“Don’t know what storyline world you live in but better believe having a child does change everything. Or should if you’re an active parent! Just say you want to continue making excuses for Kirk sis,” she wrote.

“Y’all just trying to move on and live like Kannon doesn’t exist but he’s here and his mother is gonna fight for every bit of respect, love and appreciation he deserves. Now you may continue with your fake a- reality show that no longer cares about reality.”

Neither Kirk nor Rasheeda have responded to Jasmine’s social media rant.