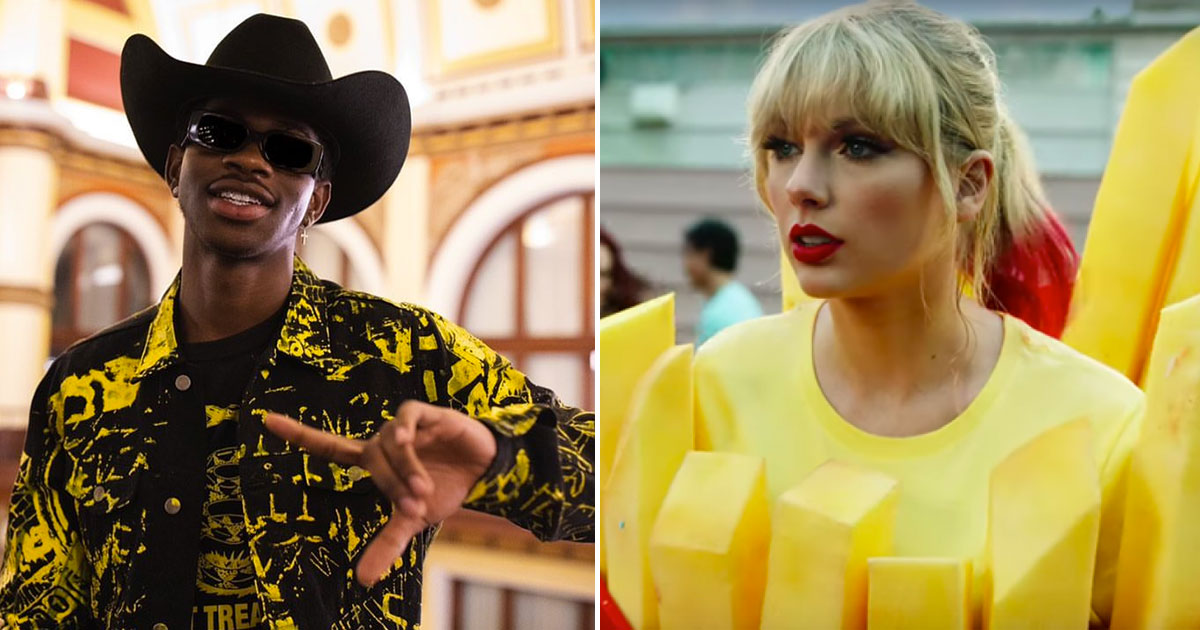 “Old Town Road” by Lil Nas X is the No. 1 song in the country for the 12th week in a row, and while that’s good news for him and his fans, it’s bad news for Taylor Swift and her “Swifties.”

Why is that bad news for Taylor Swift, you ask?

Well, she just released a new song and music video last week called “You Need to Calm Down,” and it debuted at No. 2 on the Billboard Hot 100, right under “Old Town Road.”

And this isn’t the first time this has happened. A little over a month ago, Swift’s newly released song at the time, “Me!” debuted behind “Old Town Road” at No. 2 as well.

In fact, as Chart Data points out on Twitter, the country-rap hybrid, which features a verse from Billy Ray Cyrus, has prevented six (count em: SIX!) songs from topping the Billboard Hot 100 since it first entered the chart back in April.

If “Old Town Road” manages to hold to the top spot for another four weeks, it will tie the record for most weeks at No. 1—a record jointly held by Mariah Carey and Boyz II Men’s “One Sweet Day” and Luis Fonsi, Daddy Yankee and Justin Bieber’s “Despacito.”

Lil Nas X and Billy Ray Cyrus performed their hit single Sunday night at the 2019 BET Awards, which Miley’s daddy said was an “honor” to do.

“I’m just kinda in shock in this moment,” he told Entertainment Tonight after the performance.

“The crowd stood up and they sang every word,” Cyrus said. “I never felt a moment quite like that.”

He added: “It was just such an honor being here. And being a part of this festival and these festivities and this celebration of music. It’ll be a moment that I’ll always cherish and remember. It was very special.”

Nas—whose debut EP 7 was just released over the weekend—previously celebrated the track’s massive success by personally gifting Billy Ray with a red Maserati GranTurismo convertible, a nod to Cyrus’ line in the song where he sings “Ridin’ down Rodeo in my Maserati sports car.”

The expensive give came not too long after the pair dropped the star-studded music video for their smash hit, which you can watch below: