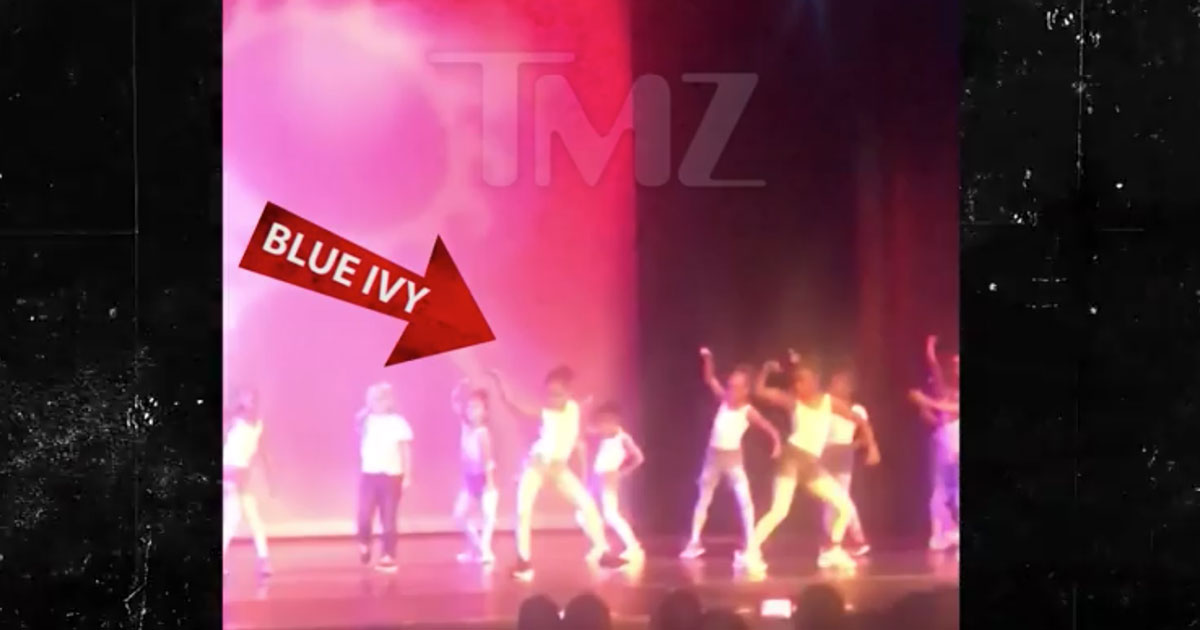 Beyoncé and Jay-Z’s 7-year-old daughter Blue Ivy Carter is a student at the Debbie Allen Dance Academy in Los Angeles … and she was front and center at a recent dance recital, which featured a performance of a song sung by her own mom.

TMZ obtained footage of Blue and her classmates dancing along to Beyoncé’s “Before I Let Go,” a cover of the massive Frankie Beverly and Maze hit, and little miss Carter—dressed in black tennis shoes and sparkly jean shorts—stole the show, even doing that cute little “backpack kid dance” and a perfect split at the end of the performance!

According to TMZ, Blue performed not just once or twice, but THREE times during the annual Spring Concert, whose theme this year was “Colors.”