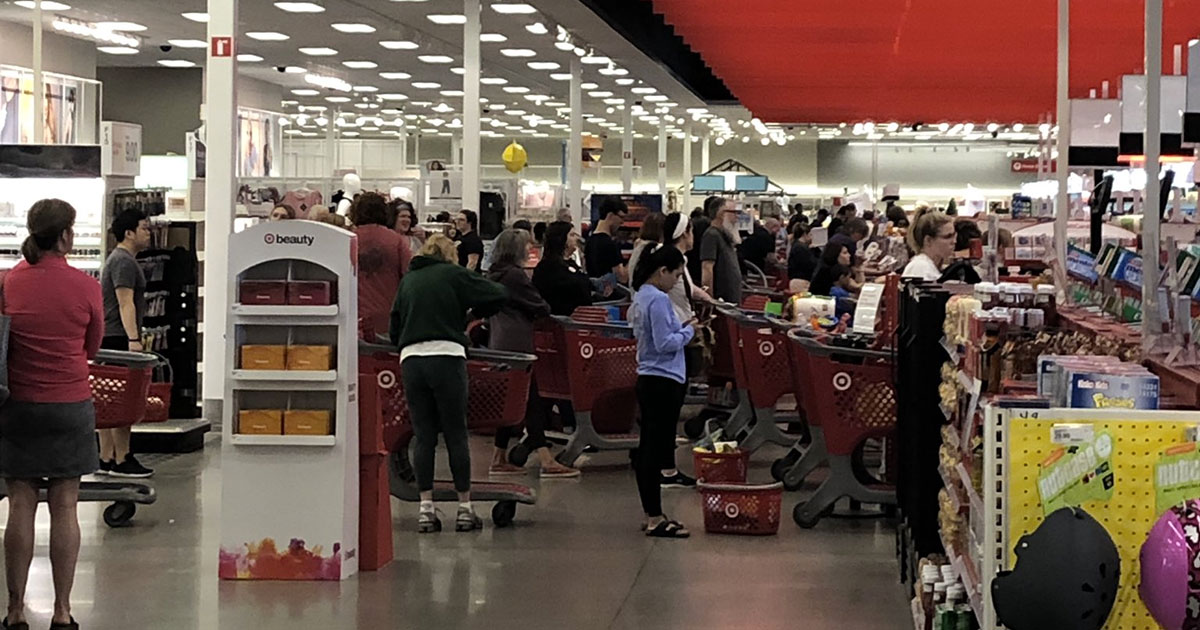 Imagine walking into your local Target, putting dozens of items in your cart, then when you get to the checkout line you’re told that you can’t leave with your stuff because the registers are down … not just at your store, but WORLDWIDE.

You would be PISSED, right?!

So yeah, that’s exactly happening to Target customers all over the world right now.

Angry shoppers are posting on social media complaining about long waits in checkout lines and then having to leave stores frustrated and empty-handed thanks to a global outage with Target’s computer systems.

Was just informed by store employee entire system is down, not just registers #target #targetoutage pic.twitter.com/GaiihBp3yl

“We are aware of a systems issue in store and are working as quickly as possible to get this fixed,” Target tweeted from its @AskTarget account Saturday (Jun. 15). “Thank you for your patience!”

We are aware of a systems issue in store and are working as quickly as possible to get this fixed. Thank you for your patience!

According to some shoppers, employees were warning customers about the outage as they walked into the store.

“This is what happens when you rely solely on technology @Target #TargetShutdown #Anarchy,” @_MsKilljoy tweeted along with a photo of what looks like hundreds of shoppers standing with carts near checkout lanes.

This is what happens when you rely solely on technology @Target #TargetShutdown #Anarchy pic.twitter.com/LVpXdvaUpZ

Some stores are even passing out snacks, according to this tweet from @WesleyBout.

All of the registers are down at Target. They’re passing out rations to appease the crowd pic.twitter.com/FmlbHG7iii

And some shoppers are reporting that their Target stores are “temporarily closed” until the issue is fixed.

While most people are understandably annoyed with the outage, this person is choosing to look on the bright side of things:

I think we just got out of @Target spending the least we ever have. Thank you #targetdown #targetoutage for curbing our Target impulse buying pic.twitter.com/ak2ySugoKf