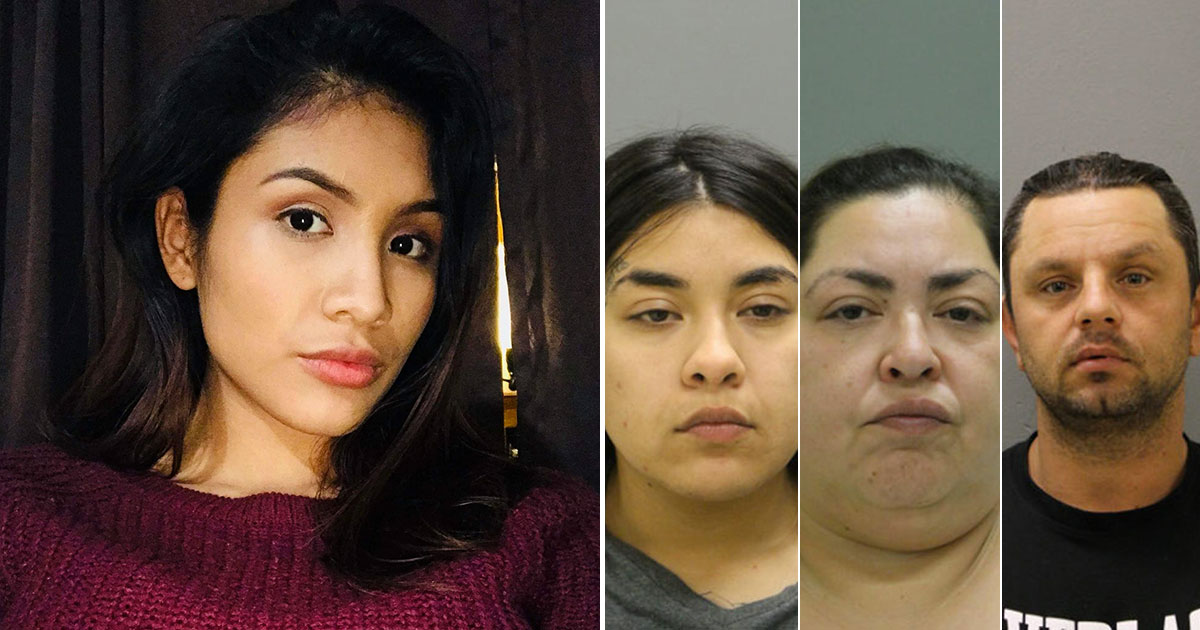 A 19-year-old Chicago woman who was nine months pregnant lured to a home with promises of free baby items was killed and had her baby cut out of her womb by a mother-daughter pair who prosecutors say planned the sadistic attack for months.

46-year-old Clarisa Figueroa and her 24-year-old daughter Desiree were both charged with first-degree murder in the death of Marlen Ochoa-Lopez, Chicago police announced during a news conference Thursday (May 16).

A third person, 40-year-old Piotr Bobak, Clarisa Figueroa’s boyfriend, was charged with concealment of a homicide. The Figueroas and Bobak were arrested on Tuesday (May 14).

Police said the Figueroa women lured Ochoa-Lopez to their home promising to donate a stroller, baby clothes and other baby items for her unborn child.

According to police, the women used a coaxial cable to strangle Ochoa-Lopez to death before using a butcher knife to cut her open and take her baby out on April 23rd.

The Associated Press has all of the details about this heinous crime:

Marlen Ochoa-Lopez, 19, was lured to the home where Clarisa Figueroa lived with her daughter, Desiree, by Facebook postings offering free baby clothes. When she arrived, the daughter showed her a photo album of her late brother to distract her as her mother started trying to strangle her with a cord, prosecutor Jim Murphy said.

When Ochoa-Lopez managed to get her fingers under the cord, Clarisa Figueroa yelled at her 24-year-old daughter — “You’re not doing your f***ing job!” The daughter then pried Ochoa-Lopez’s fingers from the cord “one by one” while her mother continued to strangle the teen for another five minutes, Murphy said.

Once Ochoa-Lopez showed no signs of life, Clarisa Figueroa cut her open with a butcher’s knife, removed the placenta and the baby, then put the baby in a bucket with the umbilical cord still attached, said Murphy, reading from court documents.

The plot may have originated in late 2018, when Clarisa Figueroa told her family she was pregnant and later posted on Facebook an ultrasound and photos of a room decorated for a baby. Desiree Figueroa was surprised, Murphy said, because her mother had previously had her fallopian tubes tied to prevent pregnancy.

Prosecutors highlighted that Clarisa Figueroa made the announcement about being pregnant not long after one of her adult sons had died of natural causes.

When Clarisa Figueroa first asked her daughter to help her kill someone to get a baby, the daughter initially said no, Murphy said. He also revealed publicly for the first time that Desiree Figueroa is four months’ pregnant.

They first met with Ochoa-Lopez around April 1, though she left unharmed that day. Desiree Figueroa had told her boyfriend about her mother’s intention to kill Ochoa-Lopez, and he warned her he would call police if they harmed the young woman. The prosecutor said Clarisa Figueroa later told the boyfriend the whole scheme had been an April Fool’s joke.

Ochoa-Lopez was killed when she returned a second time on April 23. After killing her, the mother and daughter allegedly wrapped her in a blanket and put the body into a large plastic bag. They then dragged it outside and placed it in a garbage can in a hidden area next to their garage on Chicago’s Southwest Side, about 4 miles from Ochoa-Lopez’s own home, according to authorities.

Clarisa Figueroa then called 911, claiming that she had just delivered her own newborn baby and that it was not breathing, authorities said. When first responders arrived, the child was blue. They tried to resuscitate the infant and transported Clarisa Figueroa and the boy to a nearby hospital.

When she went to the hospital, doctors who examined her found “no signs consistent with a woman who had just delivered a baby.” She also had blood on her arms, hands and face that authorities later determined was from Ochoa-Lopez, prosecutors said.

It was not clear whether the hospital contacted police. In a statement issued Friday, Christ Medical Center in suburban Oak Lawn declined to comment, citing federal and state regulations. Oak Lawn police said they were not contacted about Figueroa by the medical center or any other agency, including the Chicago Police Department.

A Cook County judge denied bond to the Figueroas, saying that she felt “the presumption is great” that the women committed a “heinous and brutal murder” and that they pose “a real and present” danger to the community. Bond was also denied to the elder Figueroa’s boyfriend.

Marlen Ochoa-Lopez’s mother, Raquel Uriostegui, said her daughter was born in Mexico, but has been in the United States since she was just two years old.

“My daughter was a very joyful girl. She had a lot of dreams,” Uriostegui said.

“She wanted to do great things, like all of us,” Marlen’s husband, Yiovanni Lopez, added. 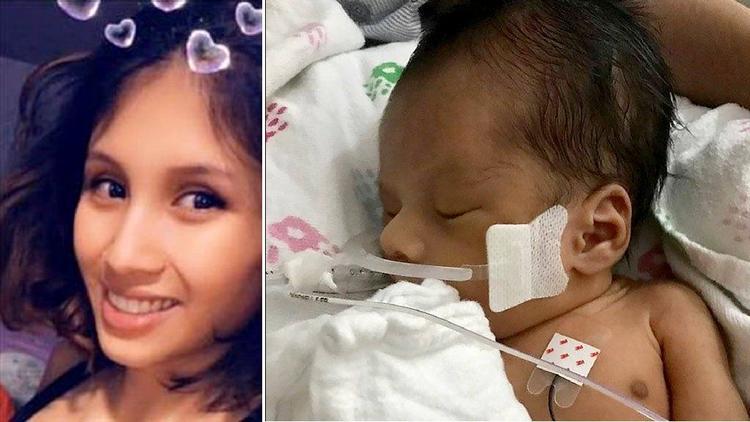 As for the baby, who was named Yovani Yadiel Lopez, he remained in the hospital Friday (May 17) in grave condition and wasn’t expected to survive, police said.