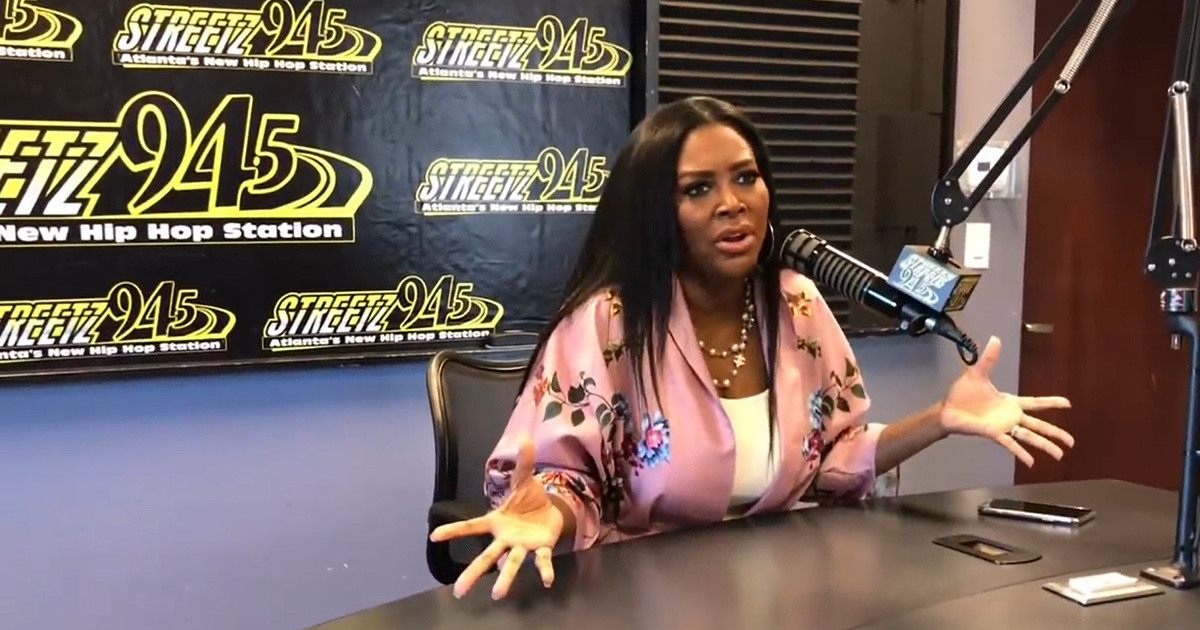 Kenya Moore is on the promo circuit promoting her line of haircare products. But during one radio stop, she got up close and personal about her baby, husband, and yes, even The Real Housewives of Atlanta.

Earlier this week, a happy and fulfilled Kenya sat down with Jazzy McBee for #GirlTalk on the radio show “Miss 10 to 2 Jazzy McBee of Streetz 94.5 Atlanta.” She gave an update on her healthy and happy baby girl, Brooklyn, and said that she has found peace in her life as a mom and wife.

She also gave some pretty good relationship advice to the listeners.

“What you expect from someone else, you have to be willing to give,” she advised women who have high expectations of potential partners.

“Inequity is unfair,” she said. “You have to be bringing something to the table to be demanding.”

Now to the part I’m sure you’re all wanting to know about. Kenya spoke candidly about the RHOA, including her relationships with a few of the ladies and her possible return to the show.

Though we have it on good authority that she will be a peach-holding housewife on season 12, Kenya says that nothing is confirmed and its all rumors at this point. However, she does agree that she’s needed on the show. “Numbers don’t lie,” she said.

She went on to admit that she was never friends with Phaedra Parks and understands why Kandi Burruss wouldn’t want her back on the show.

“I don’t want to talk about ghosts,” she shadily said of Phaedra.

With that said, she shifted the conversation to talk about her close friendship with Kandi, who helped her get the guest spot on season 11 of RHOA.

“I appreciate Kandi for a being a real friend to me,” she said. “She has advocated for me. She has made sure that I was okay, mentally, physically. She’s checked on my baby. She has showered my baby with love. She has been a great friend and I love her to death.”

Kenya also set the record straight about why she left the show after five seasons. She says that she was NOT fired as has been reported. She chose to walk away from a season 11 offer because her pregnancy was high-risk and wanted to focus on the baby and her family.

And she hopes to keep her newfound peace if she returns, noting that she “came in peace” when she encountered NeNe Leakes in the season 11 finale. Unfortunately, she’s not always well-received.

“That’s their issue, not mine. I just have to keep living my life and be happy,” she said.

You can watch Kenya Moore’s full 21-minute interview on “Miss 10 to 2 Jazzy McBee of Streetz 94.5 Atlanta” below: