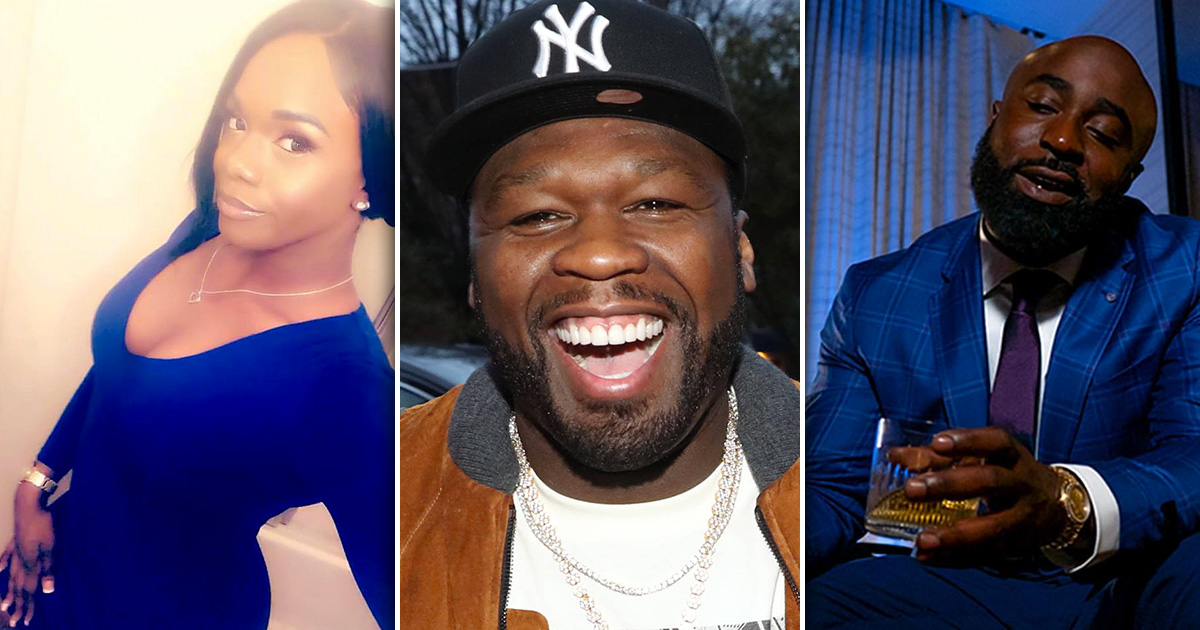 Forgive us for not paying attention to the activity surrounding the former members of 50 Cent’s G-Unit crew, but who knew that Young Buck was out here getting his Bobby V on last year?

Apparently, in September last year, there was some video of a man that was allegedly Young Buck receiving oral sex from a transgender woman who is also an aspiring rapper who goes by the name of Glamour Purfek.

Young Buck vehemently denied he was the one in the video, but more embarrassingly, Purfek released audio of Buck calling her and begging her to take the post down.

Cause if it wasn’t real, how the hell would he have gotten in contact with her and why (and how) would you pay her to take it down?

In the audio clip, Buck vehemently and emphatically says “I ain’t f**kin’ gay!”

Well, I don’t know if the check didn’t clear, or if Purfek wants to draw more money out of Buck, but Purfek has dropped a diss track blasting Young Buck to the tune of his G-Unit smash “Shorty Wanna Ride With Me.”

In the diss track, Purfek claims she was the one who gave Buck the idea to do his Valentine’s Day mixtape, Box of Chocolates. I’m not sure why Purfek is bragging on that. No one cared about that mixtape and it didn’t shake the internet’s table in any way, shape or form.

“We kept it on the low, you was on that blow
I’m blowing drow, n**ga you know
The whole world know it now
Africa, Japan, don’t be scared now (owwww)
I couldn’t be one of those groupies,
All up on my knees letting you do me (n**ga, I’m Eutsey)
It’s too late to hate me now,
We done fell in love now”

Look. It goes without saying that Glamour Purfek’s rap game is absolute trash. So, as far as her aspirations of being a rapper, she should let that go ASAP.

But Young Buck is gonna have to come up with a much better explanation for why this transgender woman has so much dirt and so many recordings of him if he wasn’t in a romantic or sexual relationship with her.

Of course, the main thing holding Buck back from admitting his truth is hip-hop culture at large, which is steeped in homophobia and transphobia.

None of which is more personified than in the form of his G-Unit boss 50 Cent, who has been mercilessly mocking Buck about the embarrassing situation with Glamour Purfek since last year.

Now if you’re wondering, ‘Wait, why is 50 Cent firing at his own guy?’ Well, it’s cause 50 Cent is petty and beefs with every damn body who dares to get close to him.

When the transgender accusations hit the web in the fall of last year, 50 started clowning Buck, unfollowed him and blocked him. By January, Buck began to accuse 50 of stealing his money, and as of February, Buck was openly questioning whether he was still under contract with G-Unit Records, given his strained relationship with 50.

So, you know when Purfek’s new diss track dropped, Curtis had to give his two (or fifty) cents, and he didn’t disappoint.

Quick on the trigger, Buck responded to 50’s gloating with his own Instagram post saying: “Now…. Curtis./Kanan/Boo Boo/ @50cent You Know Your Days Are Numbered?????!!!!”

I mean, Buck’s responses to both Glamour Purfek and 50 Cent are gonna have to come way better than that. Cause Buck is looking very down low, suspicious and guilty.

If he spills his own tea, no one else can spill it for him. It’s time to come clean, Buck.