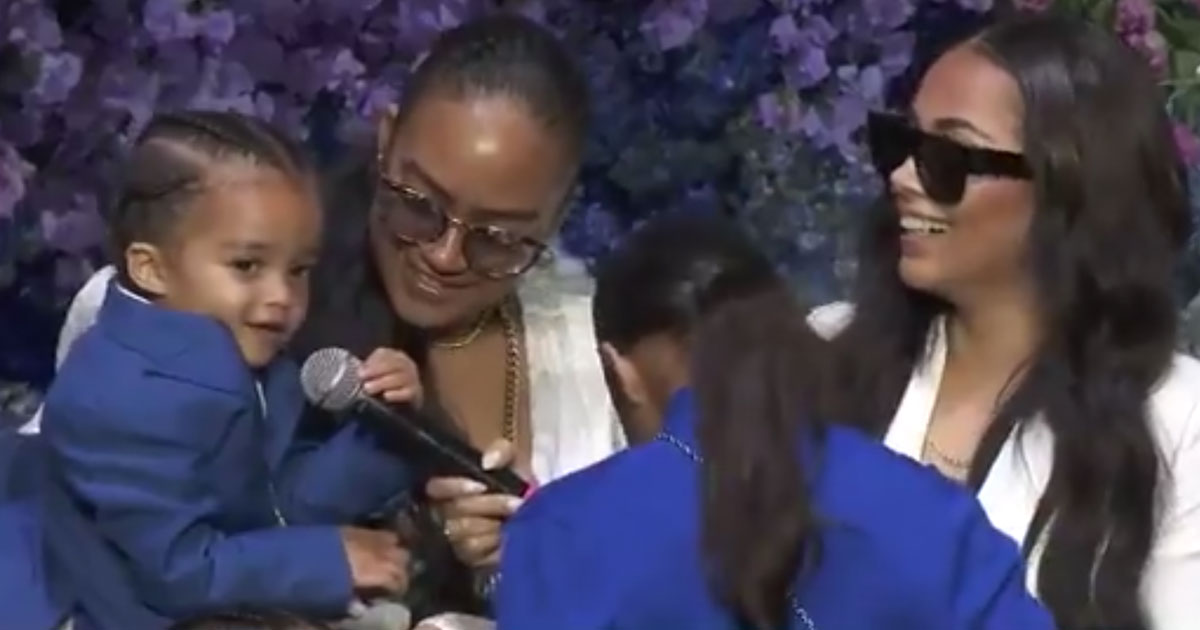 “On the night of April 2, I had a dream that I was in paradise, and I was playing in the ocean water when Ermias popped up right behind me,” Kameron said of Hussle, whose real name was Ermias Asghedom.

“He said, ‘What up, Killa?’ cause that’s my nickname to him. I turned around and I yelled his name and I gave him a hug. Shortly, he was gone but it was still cool, I guess.”

Kameron added: “I told my mom about the dream and after I told her, I was thinking about it. And I realized that Ermias told me what heaven was like. He told me it was paradise.”

Kameron then led the crowd to all say “Respect” out loud because Nipsey would say the word to him in the mornings.

After his big brother shared his touching tribute, Nipsey and Lauren’s 2-year-old son Kross adorably took the mic and babbled into it as the crowd erupted with cheers.

Though Hussle’s daughter, Emani Asghedom, didn’t share any words at her father’s funeral, she did write a poem for Nipsey that was included in his obituary.

Lauren spoke briefly, telling the crowd “Give the kids some love, they’re a little nervous,” which was met with applause.