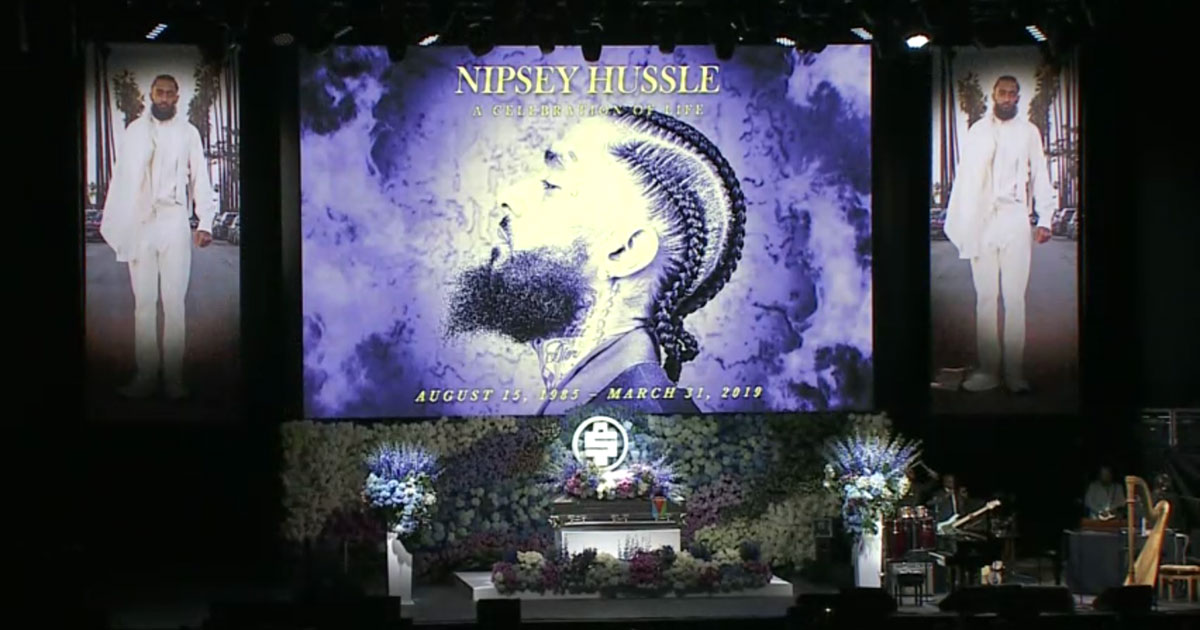 More than 20,000 people attended the “Celebration of Life” services to pay their respects to the slain rapper. Hussle’s body arrived hours ahead of the service via a silver hearse.

Free tickets to Nipsey’s public memorial weren’t easy to come by, as they were gone within minutes after being made available to residents of California. TMZ reports that the service will be heavily guarded “with a mix of muscle from LAPD and Nation of Islam, as well as Staples Center personnel.” 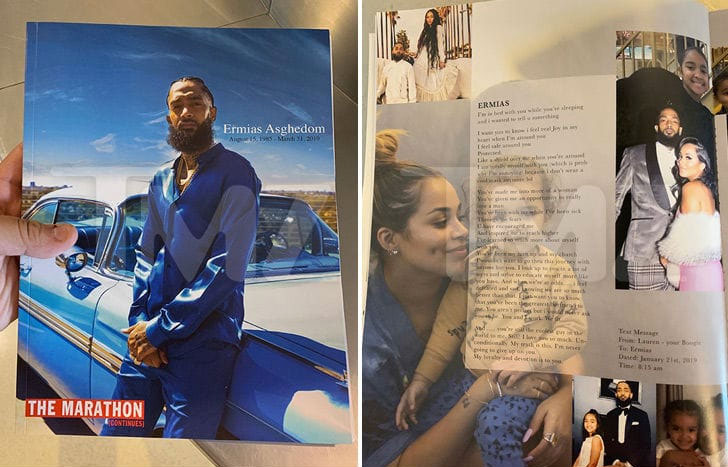 The memorial program is full of notes of goodbye and memories from close friends and family. Lauren London shared a touching text she sent to Ermias — Nipsey’s real name — before his death. There are also letters written by James Harden, DJ Khaled, Kendrick Lamar, LeBron James, The Game, and tons of others.

We also got the Order of Service and it confirms many of Nipsey’s celeb friends will be heavily involved … including Anthony Hamilton, Marsha Ambrosius, Snoop Dogg, Jhene Aiko, YG, Stevie Wonder and Big Boy. Minister Louis Farrakhan will also speak during the ceremony.

After a short delay due to ticketing issues, the service starts just before 11 a.m. PT (2 p.m. ET) and lasted around 2 hours. 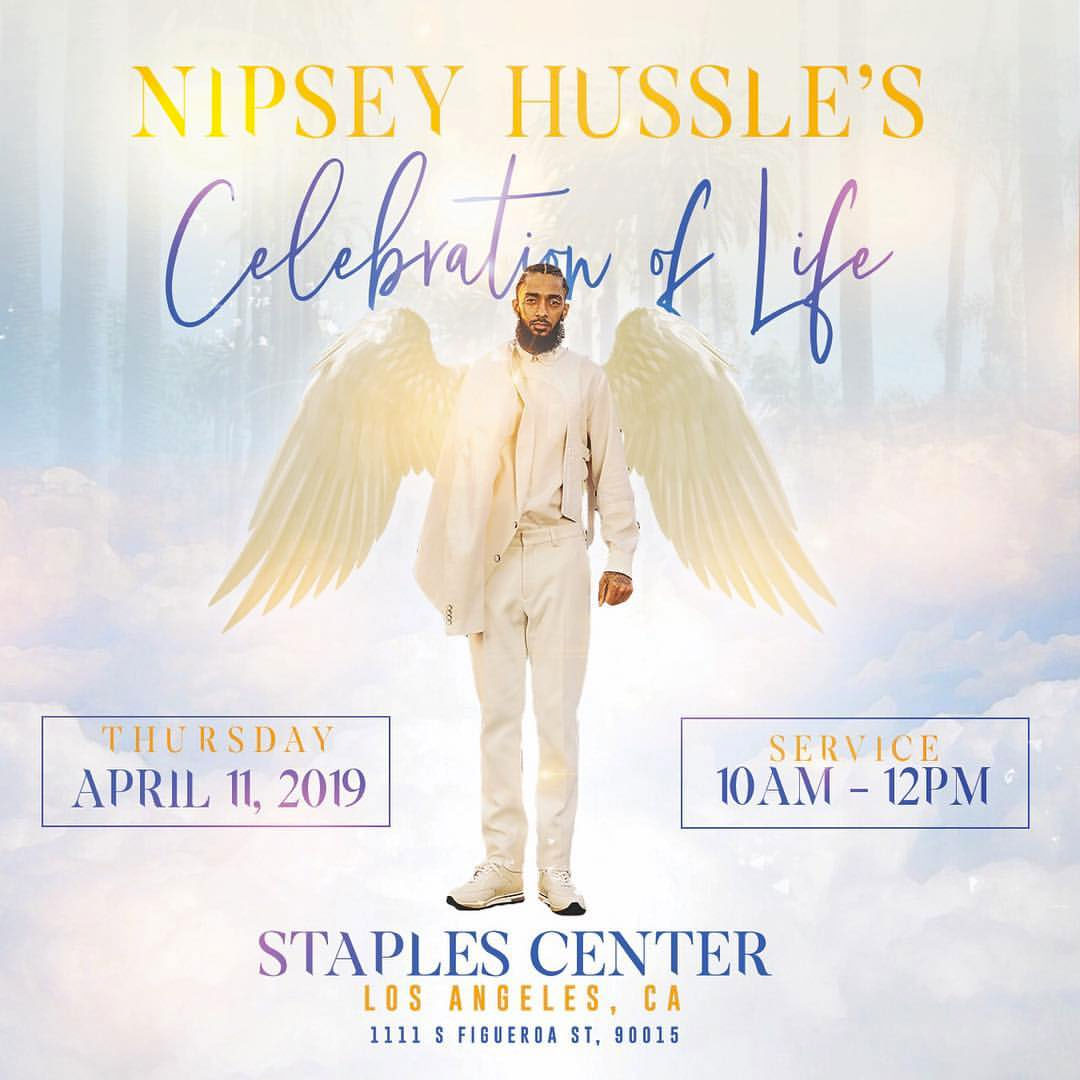 Following the service, a funeral procession carried Nipsey’s casket on a 25-mile journey through Los Angeles, stopping at a few notable landmarks, including his The Marathon clothing store in Crenshaw.

Throngs of fans and supporters flooded the streets as Nipsey made one final victory lap through the neighborhoods and communities he supported.

Nipsey Hussle was gunned down outside his store in L.A.’s Hyde Park area. He was pronounced dead of gunshot wounds to the head and torso less than an hour after being shot.

His closest friends and family members attended a private viewing Wednesday (Apr. 10) at the Angelus Funeral Home on Crenshaw Blvd.

Nipsey Hussle, whose real name was Ermias Asghedom, was laid to rest at Forest Lawn cemetery.