GOSSIPONTHIS.COM Hip Hop #SurvivingCardiB Takes Over Twitter After Cardi B Admits She Used to Drug... 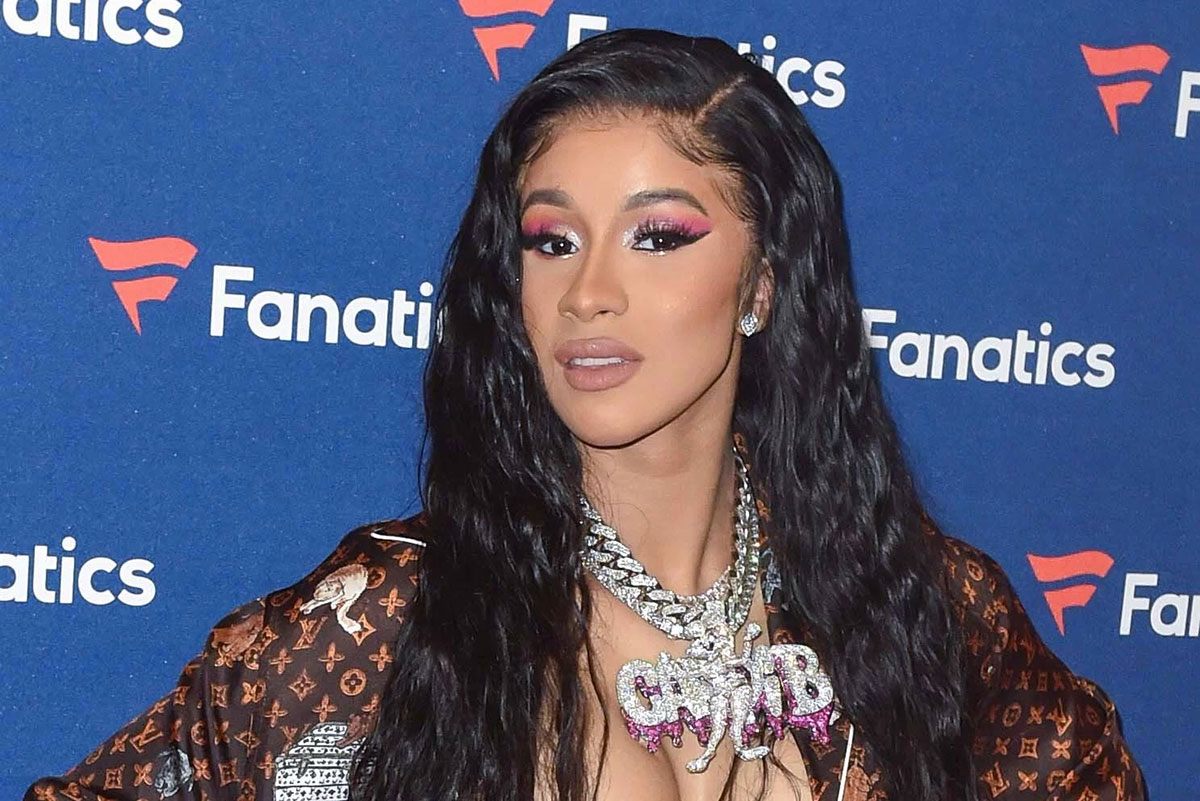 Cardi B sparked a viral hashtag on Twitter after an old video resurfaced in which she admitted to drugging and robbing men who propositioned her sex back in her stripper days.

CardiB says she used to what? ? pic.twitter.com/NJWigTlb9Z

Cardi was clearly speaking in the past tense, and the video itself is three years old, according to the rapper herself, but that didn’t stop the clip from going viral on social media and inspiring the hashtag #SurvivingCardiB, an obvious reference to the Lifetime docu-series Surviving R. Kelly, which extensively covered allegations that R. Kelly committed multiple acts of sexual abuse against various women.

Some Twitter users claimed she should lose her endorsement deals, while others (probably Nicki Minaj fans) called for her incarceration.

Correct me if I’m wrong but Didn’t #Reebok drop rick Ross for his lyrics “Put Molly all in her champagne, she ain’t even know it
I took her home and I enjoyed that, she ain't even know it ” Oh okay I expect for them to show her the same treatment. #survivingcardib

I just don’t understand how she can get away with ALL these crimes she did. Really disgusting. Really sad. #survivingcardib

why isn’t anyone talking about #CardiB and her drugging men then robbing them… like if this were a man for example… this would be a different story. waiting for #survivingcardib

Bill Cosby drugged women some 60 years ago. Still people went apeshit. We need to do that NOW TOO!! She didn’t do better! She’s a criminal and belongs to jail #survivingcardib

Imagine if a man admitted to drugging women and robbing them…..whew chille. #survivingcardib

Bill Cosby drugged women some 60 years ago. Still people went apeshit. We need to do that NOW TOO!! She didn’t do better! She’s a criminal and belongs to jail #survivingcardib

#SurvivingCardiB but The thing that gets me is if a guy admitted to this publically, they'd be bashed left and right, so why is it ok in the reverse situation?

I’m done with my @iamcardib commentary. I’ve been saying this since she came out she represents the worst in popular culture is a horrible example for girls and women and should not be put up on a pedestal. #survivingCardiB

@iamcardib sometimes you talk too much and too loud. I don’t wish downfall on successful peps, HOWEVER!! you bragged about the same wrong doings that got one of my Idol Legacy ruined!! ?????

And think we gonna let this fly?

Drugging someone is a class B felony and is punishable by imprisonment up to 10 years.
Robbery: 1- 15 years.
Rape: 5-25 years.#SurvivingCardiB

I’m patiently waiting for #SurvivingCardiB to come out on Lifetime pic.twitter.com/8VQzl5r8Py

Others were a bit more supportive, though, and pointed out that Cardi B shouldn’t be held accountable for actions she did while she was in the struggle.

This #SurvivingCardiB hashtag is just another example of fake outrage. Do you know HOW MANY RAPPERS you would have to CANCEL based on their "street life"? Chile! Tupac, Biggie Smalls, Snoop Dogg, Ice Cube, Jay Z? Do I need to keep going? Nobody said its right. Thats HER REALITY.

Cardi initially seemed unfazed by social media’s efforts to “cancel” her and announced she was taking a couple of days off Twitter.

Okay I’m off Twitter for a few days ?Have fun.

When Cardi returned to social media, she explained the video’s origins and her thought process at the time it was filmed.

“So I’m seeing on social media that [an Instagram] live I did 3 years ago has popped back up. A live where I talked about things I had to do in my past right or wrong that I felt I needed to do to make a living,” she wrote in a post on Tuesday. “I never claim to be perfect or come from a perfect world [with] a perfect past I always speak my truth I always own my sh*t.”

The rapper said that while many artists glorify violence and crime in their music, that’s never been her style.

“There are rappers that glorify murder violence drugs [and] robbing. Crimes they feel they had to do to survive,” she said. “I never glorified the things I brought up in that live I never even put those things in my music because I’m not proud of it and feel responsibility not to glorify it.”

While the former stripper admitted she wasn’t proud of her past actions, she felt as though they were necessary at the time.

“I made the choices that I did at the time because I had very limited options. I was blessed to have been able to rise from that but so many women have not,” Cardi said. “Whether or not they were poor choices at the time I did what I had to do to survive.”

She concluded: “The men I spoke about in my life were men that I dated that I was involved with … men that were conscious willing and aware. I have a past that I can’t change … we all do. All I can do now is be a better me for myself my family and my future.”

All I can do now is be a better me for myself my family and my future. pic.twitter.com/VlPJW20thN