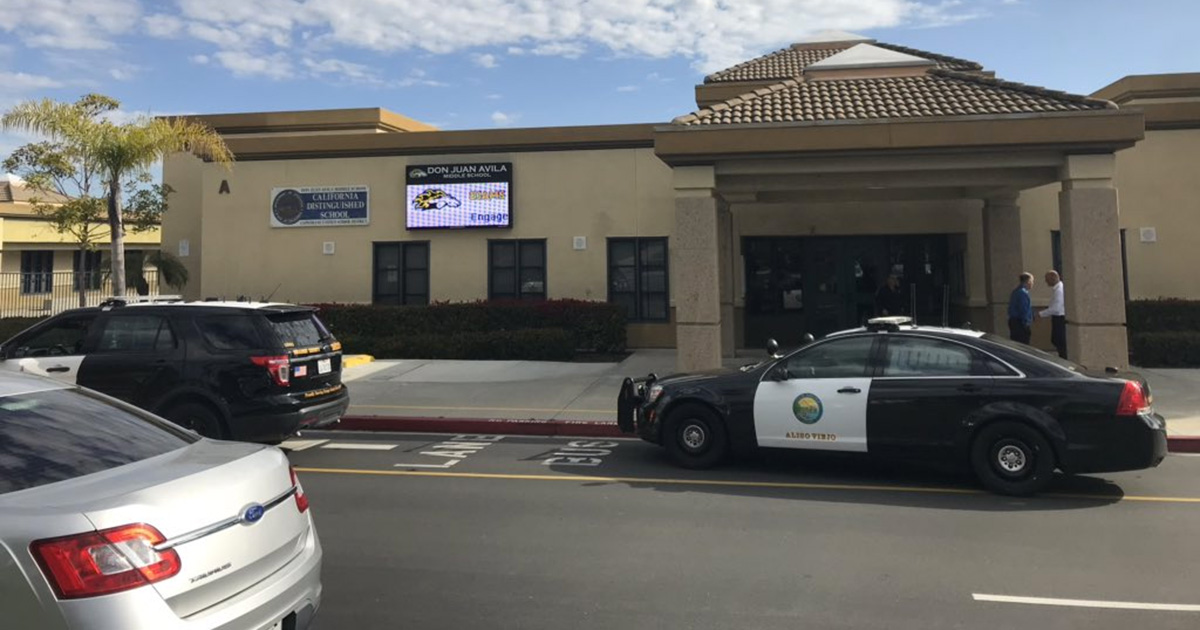 The Orange County Sheriff’s Department in California has launched an investigation into an “apparent suicide” at a middle school Tuesday (Mar. 5).

According to the OC Sheriff’s Office, deputies responded to a call from Don Juan Avila Middle School around 6:30 a.m. after a staff member found a 13-year-old boy dead on campus.

Due to the investigation, both the middle school and an elementary school on the same campus were closed for the day. Students were evacuated to an alternate location for parents to pick them up.

Aliso Viejo city officials said in an alert that there was no threat to the community and didn’t appear that anyone else was injured during the incident.

No other details about the incident, including how the boy died, have been released. It was also unclear whether the victim was a student at the school.

Due to the ongoing investigation, both the middle school and elementary school have been closed for the day. Students have been rerouted to an alternate location. Parents needing additional info can call the school district hotline at 949-234-5575.

If you or someone you know is dealing with depression, the National Suicide Prevention Lifeline is available 24/7 at 1-800-273-8255.