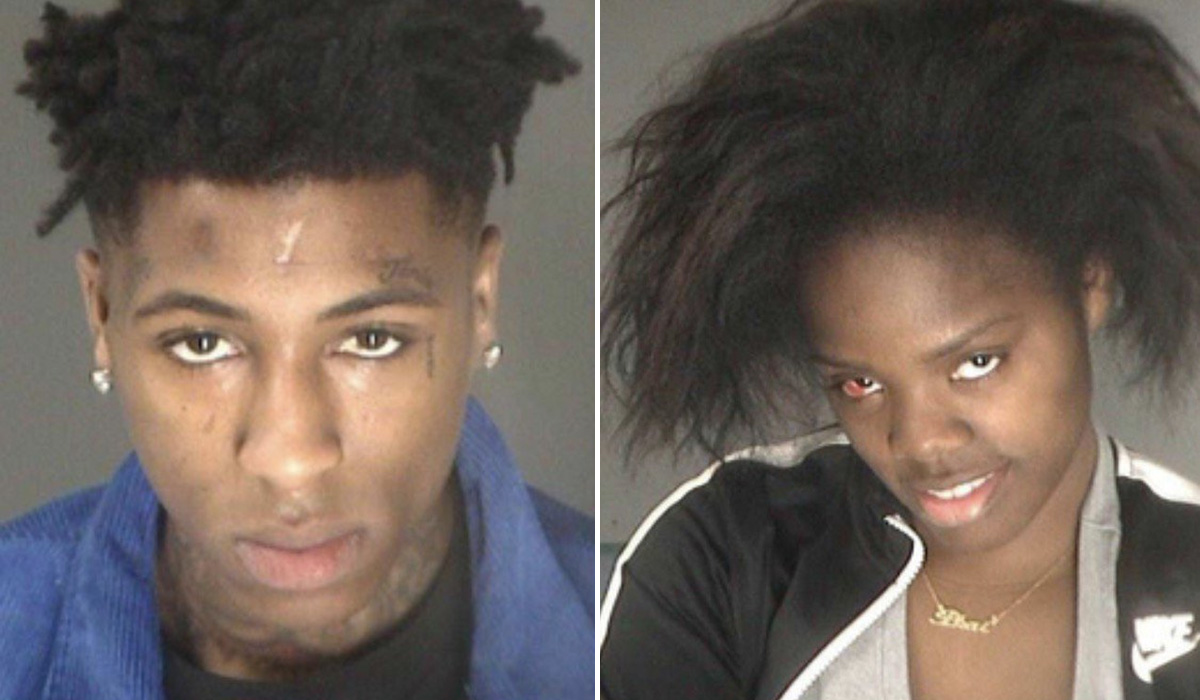 NBA YoungBoy and his baby mama posed for these interesting mugshots after they were arrested in Atlanta Monday afternoon (Feb. 11).

According to the police report, the 19-year-old Louisiana rapper—who also goes by the rap name YoungBoy Never Broke Again (real name: Kentrell DeSean Gaulden)—and a female companion named Starr Thigpen were in a hotel room at downtown Hyatt location that “supposed to be unoccupied.”

When housekeeping entered the room, YB allegedly told Thigpen to get them out, and that’s when Thigpen attacked one of the maids, striking her in the face, TMZ reported.

Police said the fight spilled into the hallway before the housekeeper eventually ran away and called 911. When police arrived, both YoungBoy and Thigpen were arrested.

The pair were taken the City of Atlanta jail and charged with disorderly conduct and possession of less than an ounce of marijuana. They were released on bond the next morning.

When police released YoungBoy and Thigpen’s mugshots, fans had a lot to say, especially about Thigpen.

One fan wrote on Twitter: “Maid put them paws on her.” Another noted: “She looks like a damn zombie! what happened to her eye?!”

This isn’t NBA YoungBoy’s first run-in with the law. In early 2017, he was arrested on two counts of attempted first-degree murder for his role in a nonfatal 2016 drive-by shooting in Baton Rouge.

He later pleaded guilty to a reduced charge of aggravated assault with a firearm. During his August 2017 sentencing, where he was given a suspended 10-year prison term and put on active supervised probation for three years, a prosecutor called him “a threat to society and the safety of others.”

A few months later, in February 2018, he was arrested in Tallahassee, Florida on aggravated assault and felony kidnapping charges. When police ran his record, they discovered he was a fugitive from Georgia for allegedly committing assault, weapons violations and kidnapping.

Starr Thigpen is one of the rapper’s four baby mamas. According to her Instagram, she’s a mother of three and owns an online hair business.

NBA YoungBoy is only 19 years old and already has three children of his own (including the one with Thigpen, pictured above), with one more on the way from his ex-girlfriend Jania Jackson.

Last August, he corrected rumors saying he was expecting his fifth child, saying that he was only on his fourth.