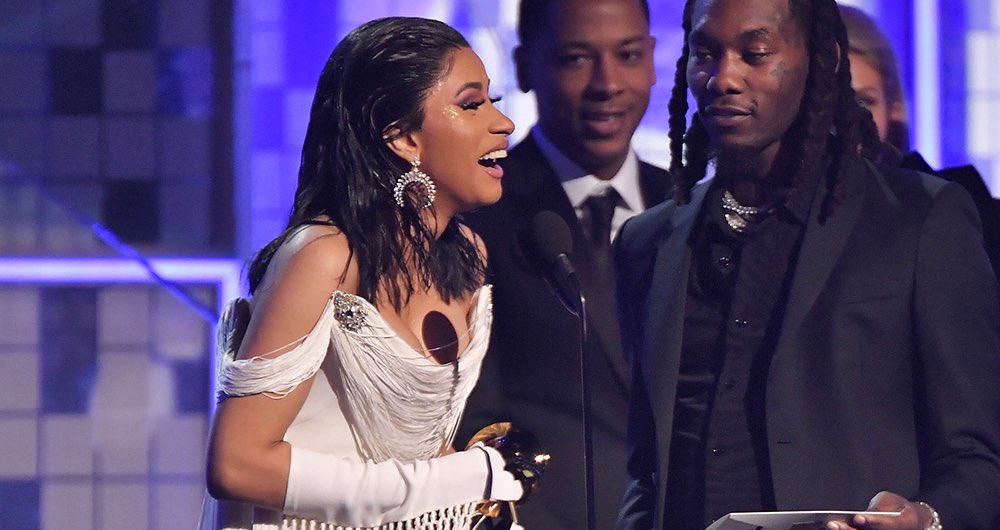 Cardi B took home the award for Best Rap Album tonight at the 2019 Grammy Awards and made history at the same damn time.

READ MORE: Is It Disrespectful That Cardi B Won Her First Grammy Before Nicki Minaj?

The award, which was presented to Cardi at the 61st Grammys, was for her debut album Invasion of Privacy, which is a huge accomplishment for a new artist. She accepted her award with her husband Offset by her side.

Cardi is the first solo female rapper to win Rap Album of the Year at the Grammys. On top of that, Invasion of Privacy produced two Hot 100 #1s for her: “Bodak Yellow” and “I Like It” (feat. Bad Bunny & J Balvin).

Cardi, who was nominated for five awards tonight, also shut the stage down earlier in the evening with a riveting performance of her latest single “Money.”