GOSSIPONTHIS.COM Celebs Terry Crews Offers to “Slap the Sh*t” Out of D.L. Hughley for... 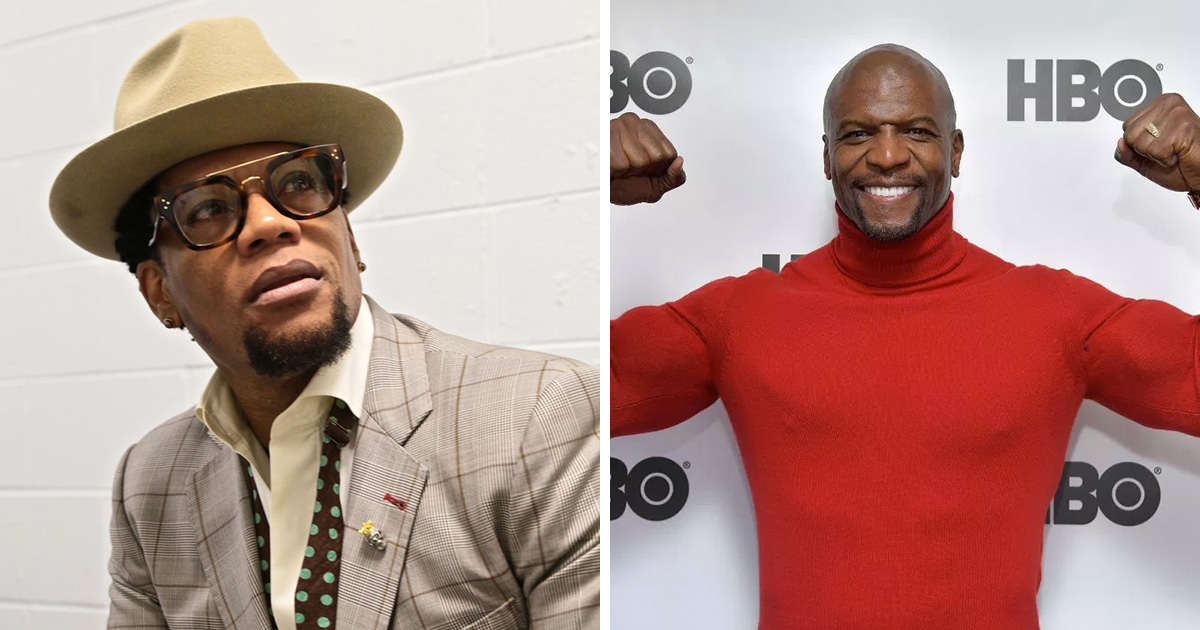 Terry Crews and D.L. Hughley got into a war of words Sunday (Jan. 27) over comments Hughley made about Crews’ sexual assault allegations against his former talent agent Adam Venit.

Venit has since apologized to Crews and also exited his role at the WME agency after the agency reached a settlement with Crews last year.

Last August, in an interview with VladTV, Hughley said he didn’t understand how a man of Crews’ stature could be sexually assaulted by another man.

“I think it’s hard for me to think that a dude with all those muscles can’t tell an agent to not touch his ass … I don’t understand it,” Hughley said. “I think that now everybody’s so into this notion that everybody’s like, ‘It happened to me, too.’ Aye mothaf**ka, God gave you muscles so you can say, ‘No,’ and mean it.”

Crews must have recently caught wind of Hughley’s comments because he called the comedian out on Twitter early Sunday morning.

“Are you implying I ‘wanted’ to be sexually assaulted?” Crews asked Hughley on Twitter. “You saw the video!” Hughley responded. “Sir you said I should have pushed him back, or restrained him and I DID ALL THOSE THINGS… but you act like I didn’t. Were you there?” Crews said to the comedian, who then went on to say: “That’s different than slapping the sh*t outa [sic] him.”

You saw the video!

That’s different than slapping the shit outa him

Responding to his comments, Crews addressed Hughley in another series of tweets and also called out 50 Cent, Russell Simmons and Tariq Nasheed for making jokes about the situation.

“I have looked up to you my whole career as one of the funniest most talented people I’ve ever seen,” Crews tweeted. “I remember when I saw you warming up the crowd at FRESH PRINCE OF BEL AIR and I thought ‘this man is a genius.’ But now you are an example of when comedy turns to sarcasm and cynicism. And you find it extremely easy to get jokes at someone else expense. You mock my success, but all I ever did was support you.”

But now you are an example of when comedy turns to sarcasm and cynicism. And you find it extremely easy to get jokes at someone else expense. You mock my success, but all I ever did was support you.

Crews continued: “You, [50 Cent], [Russell Simmons] and [Tariq Nasheed] have decided my sexual assault was hilarious, whereas there are a whole generation of black women and men who don’t think it’s funny. ABUSERS PROTECT ABUSERS but they MOCK SURVIVORS as well. When you see me, keep it moving.”

You @50cent @unclerush and @tariqnasheed have decided my sexual assault was hilarious, whereas there are a whole generation of black women and men who don’t think it’s funny.

ABUSERS PROTECT ABUSERS but they MOCK SURVIVORS as well.

When you see me, keep it moving.

In a final tweet, Crews quoted Hughley’s ‘that’s different than slapping the sh*t [out of] him’ tweet and wrote: “If you truly feel that is a correct way to deal with toxic behavior… Should I slap the sh*t out of you?”

Should I slap the shit out of you? https://t.co/GmePqluEIX

Needless to say, Twitter, for the most part, is #TeamTerry.

Peep some of the best reactions below:

I can’t tell you how many times I’ve wanted to swing on someone because of some wild shit they said. But the reality is that Terry Crews, and every other black man, no matter how rich or strong, is still a nigga in this world and suffers from the optics of white supremacy

dont none of these niggas want smoke with terry crews

DL Hughley admitted he didn't do anything when his daughter was sexually assaulted by his friend. He expects Terry Crews to slap his accuser but all it took was friendship to make Hughley put his hands in his pockets about his own child. #SlapHimTerry pic.twitter.com/MLzjHSZQ0x

So Terry Crews was supposed to knock that guy's head off for grabbing his dick, but DL Hugley didn't knock the head off his friend who assaulted his daughter? What?

terry crews is dope as fuck

Dear @terrycrews: I appreciate your courage. You are a compassionate, educating voice for male victims of sexual assault. Thank you for standing. It matters for all of humanity and especially for boys and men who’ve been violated, but feel voiceless. Blessings.

Crews offers to slap DL Hughley for being a rape apologist.

Them now: He's being so aggressive and mean to Black men.

Y'all full of shit.

DL Hughley had all this energy making fun of Terry Crews for not beating up someone but hasn't even responded to Crews saying he'd slap the shit out of him. Funny to ya boy

I’m still living at the thought of Terry Crews slapping the shit out of DL.

dl hughley is engaging in thumb thuggery as if he can back up *anything* he’s said to terry crews. just cuz you’re covered in tattoos and dress like a jiggy youth pastor don’t mean he can’t mollywhop you.

I’ve been waiting for this for a loooong time ??

Terry Crews wanted to have an honest conversation about sexual assault against Black Men, he got ridiculized & victim shamed. And was told to pick being violent & losing access to his career for more trauma. Y’all false sense of manhood & toxic masculinity truly is embarrassing.

THIS is the work Terry Crews is doing that feminist dudes often don’t. He is publicly calling out other men, even those he considered friends or heroes.

Too often, dudes say they’re allies, then let other men get away with some heinous shit. #SlapHimTerry https://t.co/d7cgFdB1oL

Men can be sexually assaulted too. Terry Crews was just brave enough to come out about his. It doesn't make him less of a man because it happened to him. Actually his strength is commendable. What he did so publicly takes an immense about of courage to do, especially for men.

I can't believe I STILL have to say this, but I'm saying it. #IStandWithTerryCrews @terrycrews

DL Hughley realizing he done talked Terry Crews into slapping the shit out of him pic.twitter.com/lnD6XNuzLM

Terry Crews being sexually assaulted & using his voice to speak up has to be one of the bravest & scariest things to do. What’s also scary is the fragile men out there telling Terry that he’s a big man & should’ve done something to prevent it. That… is fucking toxic /:

Terry crews got that man fired and won 400k. He made the company change their policies and men are still trying to insist he didn’t handle it correctly. Fragile masculinity

If Terry Crews would’ve beat son up in that party, he’d be in jail. And not ONE nigga calling him pussy on this TL would send a DIME to his wife or 5 kids.

Terry Crews is a national treasure. We WISH you and your toxic homeboys were more like him. pic.twitter.com/Mu00RvBSPJ

Black Men: "what about the men who are sexually assaulted, yall dont wanna talk about that huh"

Terry Crews: "I was sexually assaulted, let's talk about it"

I think every man attacking Terry Crews is either an abuser or has the potential to be.

This is a sweeping generalization that I’m dead serious about.

Remember the names of all of these black men attacking @terrycrews. I’m sure their skeletons will fall out of their closets eventually.

When Terry Crews runs up on DL Hughley, DL gonna have to play it off like it was a misunderstanding.

"Ooooh TERRY Crews? Man I thought I was talking to Ted Cruz! My bad man…"

While D.L. Hughley, 50 Cent and Russell Simmons have yet to respond to Crews’ statements, Tariq Nasheed gave his two cents on his name being brought up:

WHITE OWNED publications like Essence are taking the focus off a white man who sexually assaulted Terry Crews….yet they are praising Terry Crews for threatening to assault Black people
This is why #FirstThem was created
https://t.co/3380HEnHob via @ESSENCE

Right now there are dozens of articles in white media publications bashing me and a couple of other Black public figures for “mocking” Terry Crews for being sexually assaulted.

Yet NONE of these articles criticized The WHITE MAN WHO ASSAULTED HIM!!#FirstThem

Now we’re all just patiently waiting to see what D.L. has to say.