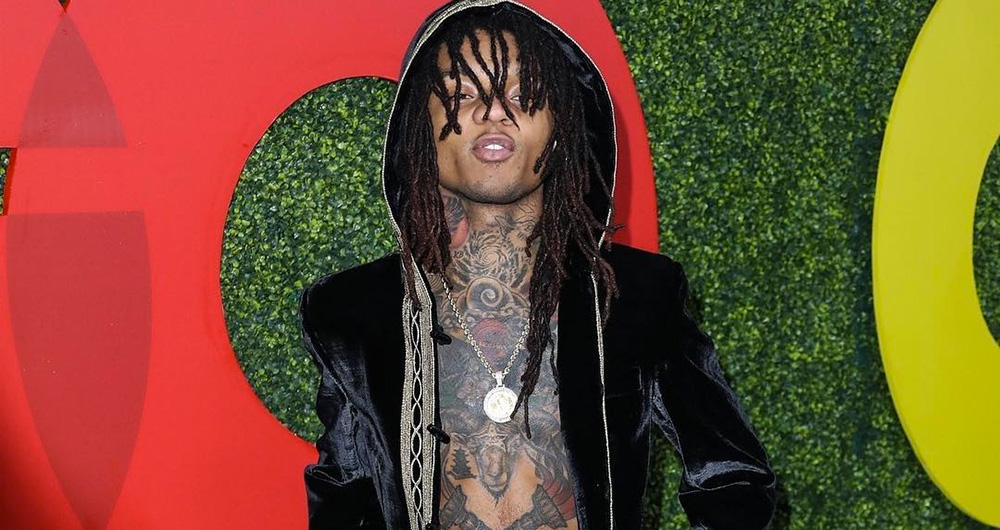 Oops! Swae Lee of Rae Sremmurd was showing fans his new tattoos on Instagram Live Wednesday morning (Dec. 19) when he “accidentally” flashed his penis, which made him a trending topic on Twitter for a few hours.

The video showed the rapper-singer standing naked in a bathroom as he showed off his tattooed body. Seconds later, as he moved the camera towards his lower body, Swae’s junk was exposed to the thousands of fans watching his IG Live video.

Of course, screenshots were taken, and the footage immediately surfaced on social media, prompting a wave of jokes and reactions on Twitter.

Once Swae caught wind of the NSFW screengrab, he said the flash was unintentional, and made it clear to those making jokes that he’s a grower not a shower.

“I was tryna see my tattoo, accidentally posted,” he tweeted. “If you see me in real life you know what’s going on. Don’t let the camera [angles] make y’all get it twisted. Everything [is] working properly but yes it was an accident.”

Twitter, meanwhile, had a field day with the incident. Peep some of the best/funniest responses below:

….. why did i just see Swae Lee’s penis? pic.twitter.com/tVbgmX2Ebo

Wake up. Pray. Check ig. Saw #swaelee dick ….it’s not even 9am pic.twitter.com/vycxJ0iPku

Why they got swae lee dick swinging across the TL pic.twitter.com/bXLbPYn5TX

Swae lee when he realized what he posted on his story pic.twitter.com/SYc8mgsNF6