GOSSIPONTHIS.COM News So Sad: Mother Loses All 4 of Her Children in Fatal Car... 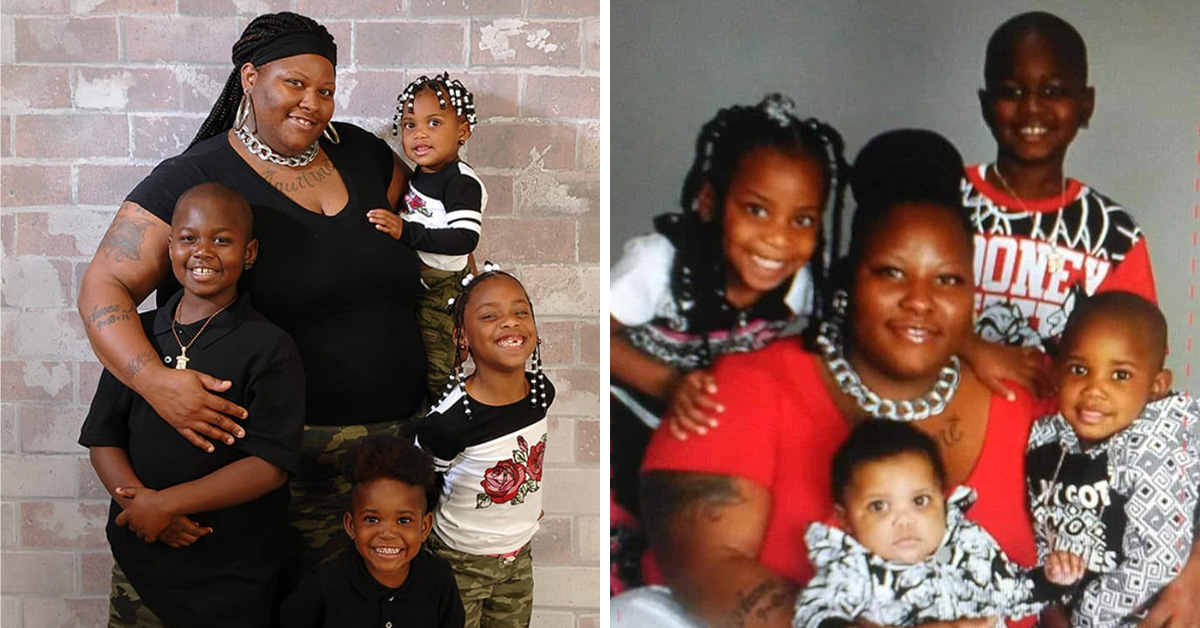 A South Carolina mother is mourning the death of her four children following a fatal car crash they were involved in.

Jackie Brown—who is originally from Jersey City, New Jersey, but now resides in South Carolina—lost all four of her children in a car accident in Travelers Rest, S.C. Three were killed instantly in the crash and the fourth died later at the hospital.

Here’s what you need to know about Jackie Brown (aka “Jaz Mire Brown”) and her four children:

1Jackie Brown’s four children were riding in a van when the driver lost control and hit several trees. Three children died at the scene of the accident and the fourth later died at the hospital.

There were a total of five people in the van, including Jamison and four children.

2Brown wrote on Facebook that losing all of her four children at once was “the worst pain” she’s ever felt.

“4 faces ill never see again. Y’all broke mommy with this. Y’all made me so strong, at times I thought I was weak. This was never part of my plan, I love y’all and I’ll see y’all real soon. IDK how to make it without y’all here with me … Rest well, [mommy’s] angels, the worst pain I’ve ever felt #PrayForMe. I love y’all with all my heart, y’all was my heart, y’all kept me going.”

3A GoFundMe page has been created to help Brown with funeral expenses.

A GoFundMe page has been set up on behalf of the mother, who goes by the name “Jaz Mire Brown” on Facebook, to help her with expenses to help lay her children to rest.

“Jackie was a wonderful loving mother,” the page reads. “Last night she lost 3 children instantly. The baby is in ICU brain dead, so Jackie has lost her whole world all at [once]. Please help Jackie properly lay her babies to rest.”

The GoFundMe has so far raised at least $40,000 of its $50,000 goal. The page was trending in the “memorial fundraising” section of GoFundMe. “I always told y’all everything will be [OK and] now mommy is not OK,” she wrote. “I needed y’all, why did y’all leave me like this. I see this everyday all over the world but not in a million years ID’ ever think I’d be burying my heart … Mommy [loves] y’all forever, it don’t stop here. To all my family and friends, I love y’all. Thank y’all for every call, text, post, donation, everything.”

4The children died from blunt force trauma, according to the coroner’s report. The driver was reportedly not wearing a seatbelt.

Robbiana Evans, 6, was in kindergarten, and Jamire Halley, 8, was in third grade. According to the Greenville County Coroner’s Office, both of them were students at Gateway Elementary School in Travelers Rest. The children, along with their younger siblings, died from blunt force trauma, the coroner’s report revealed.

“Very, very tragic accident,” Jim Dickson, who lives near the scene of the accident, told 7News.

Investigators couldn’t confirm whether or not the children were wearing seatbelts. They said Arnez Yaron Jamison, the driver, was not, but they believe the child that was taken to the hospital was.

Griffith said Brown would often bring her children to work with her, and the children were always respectful and polite. “We all watched these babies,” she said. “These children would sit at a table and color.”

Memories of the children’s frequent visits have made it difficult for some of Brown’s co-workers. “It’s hard to even concentrate in this place thinking about her,” Griffith said. “All we can hear is her babies. Her babies.”

“I can’t even explain it. She is the strongest lady I have ever met. She came from the bottom. It was all about her kids,” Griffith said. “Every week she was taking her kids to the mall to walk around. Every penny went to her children.”

Griffith said Brown was just telling her co-workers how she had already bought Christmas presents for her children, and how one of her daughters opened of her gifts, a baby doll, while Brown as in the shower. “I couldn’t go to sleep last night without calling her and letting her know we love her,” Griffith said. “She has really touched a lot of us.”

5Arnez Yaron Jamison, the driver of the vehicle, was arrested on multiple charges.

The South Carolina Highway Patrol is working to find out what caused the crash. Dickson said people who drive on Mountain Creek Rd. need to really pay attention because the road is curvy and dangerous, especially at night.

“There are no street lights on the corner where you are coming out,” Dickson said. “You just have to look down and at night look for headlights coming up over the hill.”

The driver of the vehicle, 27-year-old Arnez Yaron Jamison, was arrested on three counts of felony DUI resulting in great bodily injury, second-degree driving under suspension, driving an uninsured motor vehicle and child endangerment. He’s being held at the Greenville County Detention Center.