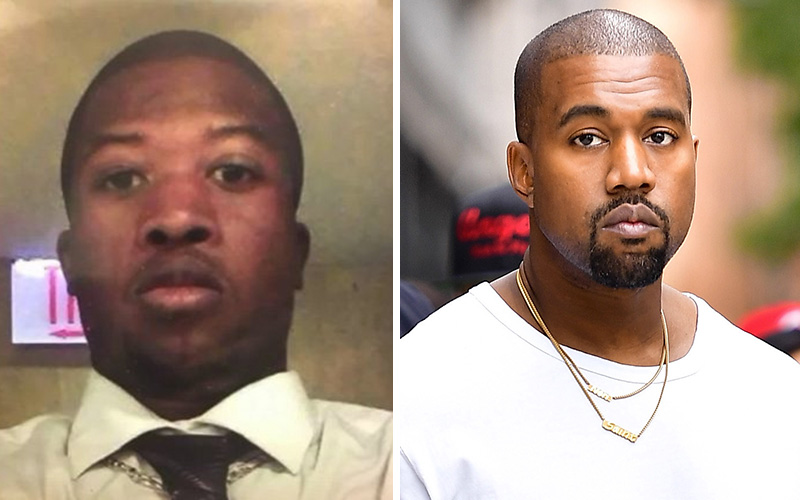 Kanye West has stepped up in a major way to help the family of Jemel Roberson, the black security guard who was killed by a white police officer responding to an active shooter call.

Last Sunday (Nov. 11) morning, Roberson was reportedly working security at Manny’s Blue Room in Robbins, Illinois around 4 a.m. when several drunk customers were ordered out of the bar. One of those customers returned a short time later with a gun and opened fire inside the establishment.

Doing his job, Roberson—who was also armed—returned fire and managed to take down the shooter, holding him at gunpoint until police arrived. According to witnesses, when Midlothian police arrived, they were told that Roberson was a security guard, but a cop shot and killed him anyway.

Kanye West was apparently so moved by the tragic story that on Friday, he donated $150,000 to a GoFundMe account set up for Roberson’s family. (FYI: GoFundMe only allows donations up to $15K so Kanye donated that amount 10 times.)

The identity of the cop who killed Roberson has not yet been revealed, however, Lee Merritt—an attorney representing the mother of Roberson’s nine-month-old son knows the identity of the killer cop and intends to release their name if authorities don’t do it first.

Merritt has accused the Illinois State Police and Midlothian Police Dept. of refusing to reveal the cop’s identity to the public because they’re giving the cop a chance to “hide evidence.”

“They refused to release Amber Guyger’s name, which gave her a chance to scrub the Internet and hide evidence,” Merrit told USA Today, in reference to the white Texas police officer who shot a Black man inside his home earlier this year. “It’s exactly what’s going on here.”

Illinois State Police say that the officer gave Roberson multiple verbal warnings to drop his weapon and have said that he wasn’t wearing clothing that clearly identified him as a security guard.

Witnesses, however, said Roberson was wearing a cap and shirt clearly labeled “security,” and the killer cop was told by many people at the scene that Roberson was a security guard.

“Everybody was screaming out, ‘He was a security guard,’ and they basically saw a Black man with a gun and killed him,” witness Adam Harris told WGN.

Another security guard at the bar said the cop shot Roberson within seconds are telling him to drop his gun.

Rev. Michael Pfleger and other Chicago pastors reportedly went to the Midlothian Police Dept. Friday morning demanding that the officer be fired immediately, and Pfleger has said that he wants the cop to be charged with murder.

According to reports, Roberson was working extra shifts at the bar so that he could have some extra money to buy Christmas gifts for his son, Tristan.

In the wake of the #thousandoaks & the #treeoflife shootings— the last thing our nation needed was another mass shooting. #JemelRoberson prevented one … and it cost him his life. He is a national hero. #RememberJemel pic.twitter.com/psYlyhGhg9

Although Tristan is too young to understand what happened, Avontae Boose—Roberson’s girlfriend and Tristan’s mother—told CNN the tiny tot can sense his father’s absence. “He’s just been calling (for) his dad,” the heartbroken mom said.

Making matters even worse, Boose is currently pregnant with the couple’s second child.