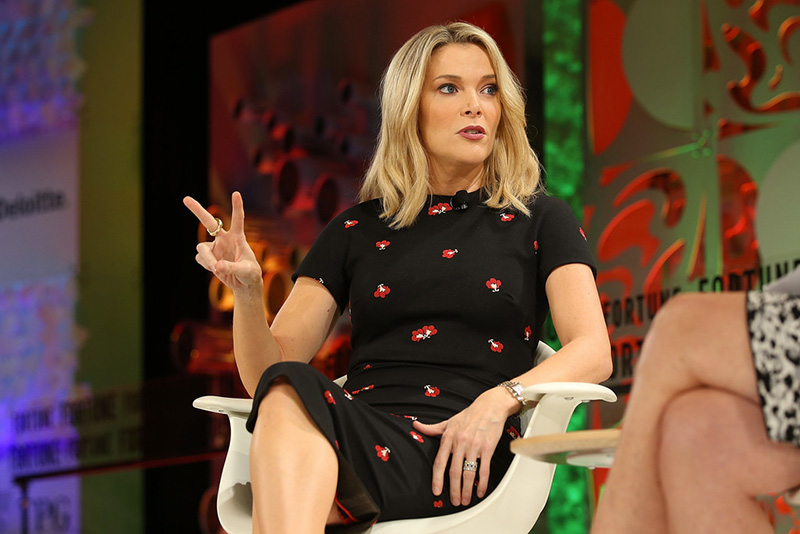 According to multiple credible news sources, just two days after Megyn Kelly admitted on national television that she thinks that it’s OK for white people to dress up in blackface for Halloween, she has been fired from NBC.

BIG SHOCKER, RIGHT?! The same woman who once said that Santa Clause and Jesus are both white men is being ousted from a major news network because she doesn’t understand how racist blackface is.

So, I say this with absolute joy and nothing but glee: BYE FELICIA!!!

On Tuesday’s (Oct. 23) episode of her “Megyn Kelly Today” show on NBC, Megyn was all “What’s the big deal?!” when the issue of non-melanated folks wearing blackface was brought up.

Megyn Kelly wonders what the big deal is about blackface pic.twitter.com/07yvYDuAYe

“Back when I was a kid that was OK as long as you were dressing up as a character…” were actual words that came from her mouth.

Newsflash, Megyn! There are LOTS of things that were “OK” back when you where a kid that are no longer acceptable today, like racism and segregation, for instance.

Megyn didn’t stop there either. She then tried to compare wearing blackface on Halloween to someone having a fake ax coming out of their head. “It’s gonna be jarring,” she explained.

She also brought up a controversial moment on the Real Housewives of New York when a white woman just as clueless as she is (if not more) dressed up as Diana Ross and wore dark makeup to appear Black.

“I don’t know, I felt like, ‘Who doesn’t love Diana Ross? She wanted to look like Diana Ross for one day. I don’t know how that got racist on Halloween,” she said. “I haven’t seen it, but it sounds a little racist to me,” said a white person on the panel with some damn sense.

Nevermind the fact that Diana Ross is such an iconic figure that there are many ways to dress up like her WITHOUT darkening your skin. According to Megyn’s line of thought, if you truly want to embody Ms. Ross, you must mock her skin color as well.

In the words of someone on Twitter: “You can take the Megyn Kelly out of Fox News, but you can’t take the Fox News out of Megyn Kelly.”

You can take the Megyn Kelly out of Fox News, but you can't take the Fox News out of Megyn Kelly.

And now, because Megyn Kelly is so deeply rooted in her conservative Fox News-ish views, she’s out of a high-paying gig at NBC—one she didn’t deserve, btw, but that’s beside the point.

For what’s it worth, Megyn made an attempt at an apology on her show the following morning:

"I want to begin with two words, I'm sorry..The country feels so divided and I have no wish to add to that pain and offense. I believe this is a time for more understanding, more love, more sensitivity and honor..Thank you for listening and for helping me listen too." Megyn Kelly pic.twitter.com/6hHrvZLNvK

But apparently, that wasn’t enough for her to keep her job at NBC. According to TMZ, she’s OUTTA THERE! And not only that, but her talent agency, CAA, has also dropped her like the big ol’ racist sack of bricks that she is.

“Megyn Kelly Today” aired a repeat on Thursday morning, 2 days after she uncorked the absurd comment that it’s okay to wear blackface at Halloween. Sources connected to the network tell us unless a Hail Mary is thrown and caught at some point today … Megyn is gone for good.

The split with NBC comes the day after Megyn’s emotional on-air apology where she insisted she’d learned a lesson due to the backlash.

The mea culpa was clearly a case of too little, too late for the Peacock … which, to be honest, had issues with Megyn’s show even before the blackface blowup. Translation: the ratings were terrible. They’d dropped more than 30 percent, year-to-year, in her time slot.

Another NBC source tells us it didn’t help that Megyn’s co-workers “hated” being on air with her. One specific example was during coverage of Dr. Christine Ford’s testimony — Megyn was part of the panel with Savannah Guthrie, Lester Holt, Andrea Mitchell and Chuck Todd.

We’re told the other anchors and correspondents felt Megyn was way too bluntly conservative on air. Andrea eventually left the panel, mid-coverage.

The divorce — which, we’re told is more mutual than a firing — isn’t shaping up to be quick and easy. Daily Mail, which first reported Megyn’s ouster, says she’s hired high-powered attorney Bryan Freedman who’s scheduled a sit-down with NBC … no doubt to discuss the terms of her departure. She has a $69 million contract.

NBC’s already said it’s airing another repeat of her show on Friday.

As for what happens Monday? Stay tuned …

CNN is reporting that Megyn and NBC News execs are “negotiating the terms of of her departure” from the network, and though her “exit is not official yet,” sources close to the situation are saying that “it is likely to be announced in the days ahead.”

Long story short: “Kelly will not be returning to her 9 a.m. show ‘Megyn Kelly Today,'” CNN has confirmed via sources.