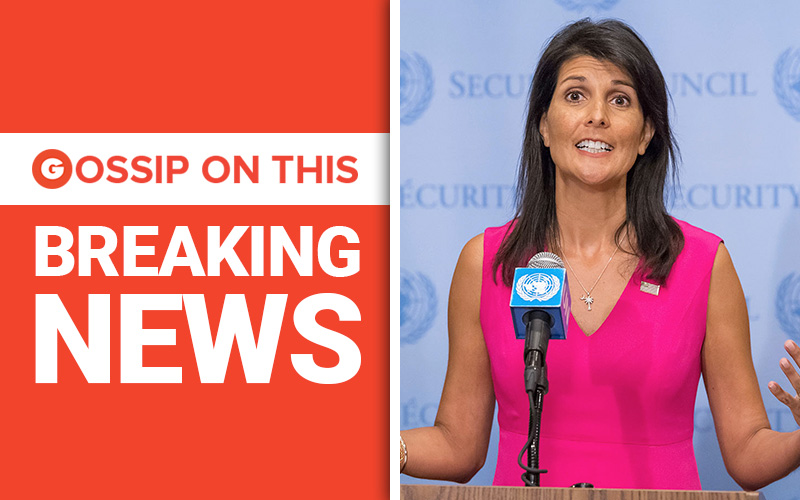 United Nations Ambassador Nikki Haley has announced that she will resign from her role in the Trump Administration.

Haley, a former South Carolina governor who was confirmed just days after Trump’s inauguration, announced her decision in an impromptu meeting with President Trump in the Oval Office Tuesday morning (Oct. 9). She said that she would leave by the end of the year.

According to Axios, Haley submitted her resignation to Trump last week during a White House visit, which reportedly “shocked a number of senior foreign policy officials in the Trump administration.”

HAPPENING NOW: Pres. Trump speaks with Nikki Haley from the White House, after she abruptly resigned as ambassador to the United Nations this morning. https://t.co/uvVGn9Aag6 pic.twitter.com/Y7Aolrk58u

Announcing the resignation in a press conference in the Oval Office this morning, Trump said Haley was a “fantastic person” and “someone who gets it.” He said Haley informed him of her desire to resign at least six months ago when she told him she wanted “to take a break.”

Haley also denied rumors that she intended to run for office in 2020, saying that she would instead campaign for Trump.