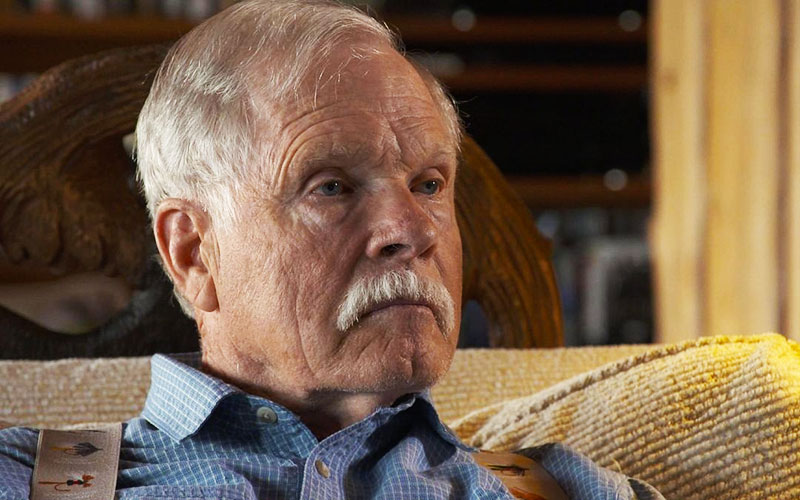 Ted Turner, the American media mogul best known as the founder of TBS (Turner Broadcasting System) and Cable News Network (CNN), has revealed that he is battling a disease called Lewy body dementia, the same form of dementia that actor Robin Williams suffered from in the last few years of his life, which led him to commit suicide in 2014.

Turner made the shocking revelation in an interview with CBS Sunday Morning, which aired last night (Sun, Sep. 30). The 79-year-old compared his case to a “mild case of Alzheimer’s … but not nearly as bad.” He added, “Alzheimer’s is fatal. Thank goodness I don’t have that.”

According to the website for the Lewy Body Dementia Association, LBD affects at least 1.5 million Americans. The disease is described as a progressive neurological disorder that affects a person’s memory and cognition (especially decision making), as well as their mood, behavior and balance. It is often misdiagnosed with Parkinson’s, as Williams’ case was, or bipolar disorder, like Turner’s was.

Unfortunately, there isn’t a definitive test for LDB. Doctors arrive at the diagnosis by using a patient’s imaging scans, a physical exam, their medical history and blood work. Once diagnosed, cases are typically managed by neurologists, who may also refer patients to cognitive specialists and psychologists to help address the mental symptoms.

During his interview with Ted Koppel, Turner displayed some of the memory problems associated with LBD as he struggled to remember the name of his disorder.

“I also have got … let’s … I can’t remember the name of it…” he said before suddenly recalling what he was trying to say. “That’s dementia. I can’t remember what my disease is,” he said, laughing. Turner said LBD leaves him “tired” and “exhausted,” and said that the other symptom that bothers him the most is “forgetfulness.”

Turner said his father committed suicide at 53 years old and left him a note apologizing for what he’d done. “He just said he was sorry,” Turner explained to Koppel. “That he got in … he felt like he was in over his head, but he wasn’t. He just apologized. Sad. I loved him very much, and he was a hero of mine.”

Asked if he would ever consider suicide, Turner said “No … I’ve got five children and 14 grandchildren, and I wouldn’t put them through that. That was painful. It was painful for me, I know, when my father did it. And I’m not going to even think about doing anything like that for my children and grandchildren.”

Turner was also asked about his thoughts on how things are being run at CNN. While he doesn’t watch the news as much anymore, Turner did have an opinion on how the company he founded nearly four decades ago in 1980 is being operated.

“I think they’re sticking with politics a little too much,” he said. “They’d do better to have a more balanced agenda. But that’s, you know, just one person’s opinion.”