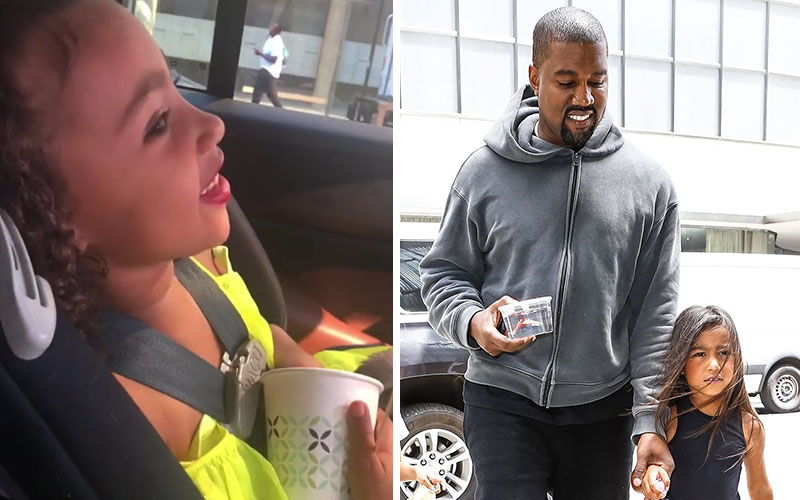 It looks like the beef between Drake and Kanye West has officially been squashed.

Yeezy and Drizzy’s relationship hit a snag back in May when Pusha T dissed Drake on “Infrared,” which Kanye helped produce.

Feeling slighted, Drake released “Duppy Freestyle” as a response, where he fired not only multiple shots at Pusha, but Ye too. Pusha T responded with the “The Story of Adidon,” which revealed Drake was a father and did a photoshoot in Blackface.

Ye spoke on the tension between him and Drake in an interview with Chicago’s 107.5 WGCI last month, saying that it “hit me in a really sensitive please … because you, like, hang around people and they come to your house. and be around your family and this and that, and then they get mad about a beat and then send you purple demon emojis.”

Kanye also felt like Drake was being insensitive to his situation, considering his diss came not too long after his infamous TMZ incident.

“I feel that it was insensitive for [Drake] to, in any way, stress me out in any way after TMZ, while I’m in Wyoming healing, pulling all the pieces together, working on my music,” he said. “And you know, we’ll reconcile that one day because we got to, because we got work to do, and these voices is just too powerful.”

But now it looks like all of that is all behind them, as Ye took to Twitter last week to extend an olive branch to the 6 God.

“Sending good energy and love to Drake and family and crew,” West tweeted, along with an image of Drake’s stage setup for his Aubrey and the Three Amigos tour. “I haven’t seen the show in person but the images look incredible online. I understand where the confusion started.”

Sending good energy and love to Drake and family and crew???

I understand where the confusion started pic.twitter.com/oxSEEbNB1g

He went on to apologize for “stepping on your release date in the first place” and explained that he announced his Ye album date when he was “a bit ramped up doing 25 tweets a day.” He also revealed that he hadn’t heard neither Pusha-T nor Drake’s diss tracks, but said “there should have been no songs with my involvement that had any negative energy towards you.” He also denied telling Pusha-T about Drake’s secret child.

Kanye continued by explaining that her understood where Pusha-T came from, but he loves Drake and Pusha, saying that they “all have an admiration for each other’s craft.” He finished by promising to attend Drake’s show within the next week “to give love and be inspired by the art you have created.”

And now, he’s letting the world know all is well between him and Drake by sharing a video on Instagram of his 5-year-old daughter North singing Drizzy’s summer anthem “In My Feelings.”

For his part, Drake has accepted Kanye’s olive branch by welcoming him to his show. According to TMZ, Drizzy has “made it clear to security … Ye is not banned.”

Watch the video of North singing along to “In My Feelings” below: