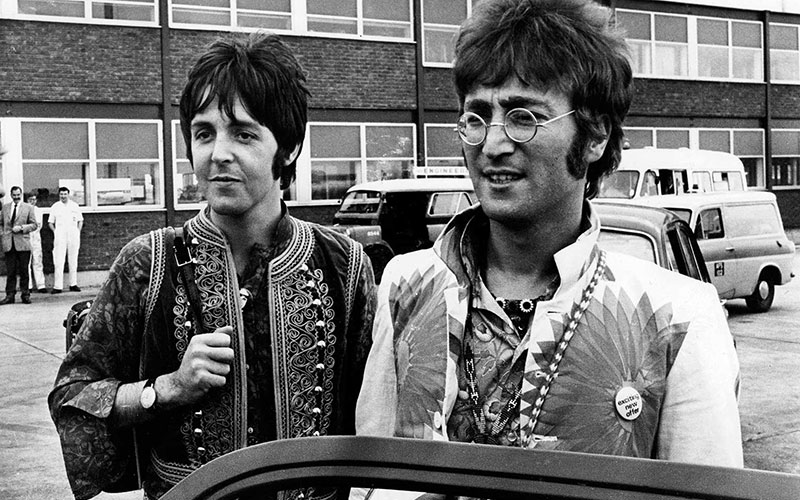 Paul McCartney and John Lennon were super close back in the day. And when I say “super close,” I mean REALLY CLOSE. I’m talking, closer than close. So close that they, erhm … pleasured themselves together once (or twice).

In a new interview with GQ, McCartney was talking about the early days of The Beatles when he revealed that he and Lennon got hella bored one night and masturbated together along with some friends, giving the popular Beatles songs “All You Need Is Love” and “I Want to Hold Your Hand” have totally different meanings.

Paul went on to say that he, Lennon and around three of Lennon’s friends would shout out the names of sexy celebs to make their jerking off more pleasurable. “We were just, ‘Brigitte Bardot!’ ‘Whoo!’ and then everyone would thrash a bit more.”

But their circle jerk came to an abrupt halt when John killed the mood by shouting out the name “Winston Churchill.”

Asked whether this group jack-off session was a one-time thing, McCartney said: “I think it was a one-off. Or maybe it was like a two-off. It wasn’t a big thing. But, you know, it was just the kind of thing you didn’t think much of. It was just a group. Yeah, it’s quite raunchy when you think about it. There’s so many things like that from when you’re a kid that you look back on and you’re, ‘Did we do that?’ But it was good harmless fun. It didn’t hurt anyone. Not even Brigitte Bardot.”

Paul McCartney also revealed more “intimate” moments with his former bandmates, like that one time they cheered a 17-year-old George Harrison (the band’s lead guitarist) on while he lost his virginity.

“I know we had one bed and two sets of bunks,” McCartney said, “and if one of the guys brought a girl back, they could just be in the bed with a blanket over them, and you wouldn’t really notice much except a little bit of movement. I don’t know whether that was George losing his virginity—it might have been.”

(Editor’s Note: George Harrison himself told his side of the story years ago in ‘The Beatles Anthology.’ He said: “My first shag was in Hamburg – with Paul and John and [the group’s first drummer] Pete Best all watching. We were in bunk beds. They couldn’t really see anything because I was under the covers, but after I’d finished, they all applauded and cheered. At least they kept quiet while I was doing it.”)

Paul continued, “I mean, I think in the end this was one of the strengths of the Beatles, this enforced closeness which I always liken to army buddies. Because you’re all in the same barracks. We were always very close and on top of each other, which meant you could totally read each other.”

And when Paul McCartney says he and his bandmates were “very close and on top of each other,” he means that in a literal sense. Once, McCartney said the lads were so cold while touring in a van in the middle of the winter, they laid on top of each other to keep warm. “We suffered for a while, just shivering, and then someone said: Well, why don’t we…? So we did a Beatles sandwich.”

McCartney can’t recall who was on top of the Beatles sandwich though. “I don’t know,” he said. “It would be lovely if I remembered. It warmed us. It was a good idea.”

“See, the thing is, in the next room I think the guys might have ordered something else off the menu. So that would figure if John was saying, yeah, it was all bacchanalian.

“I think John was a little more that way, because thinking back, I remember there was someone in a club that he’d met, and they’d gone back to the house because the wife fancied John, wanted to have sex with him, so that happened, and John discovered the husband was watching. That was called ‘kinky’ in those days.”

Sounds like The Beatles had a lot of “fun” back in their heyday. 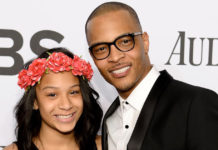 T.I. Says He Checks His Daughter’s Hymen Every Year to Make Sure She’s Still a Virgin