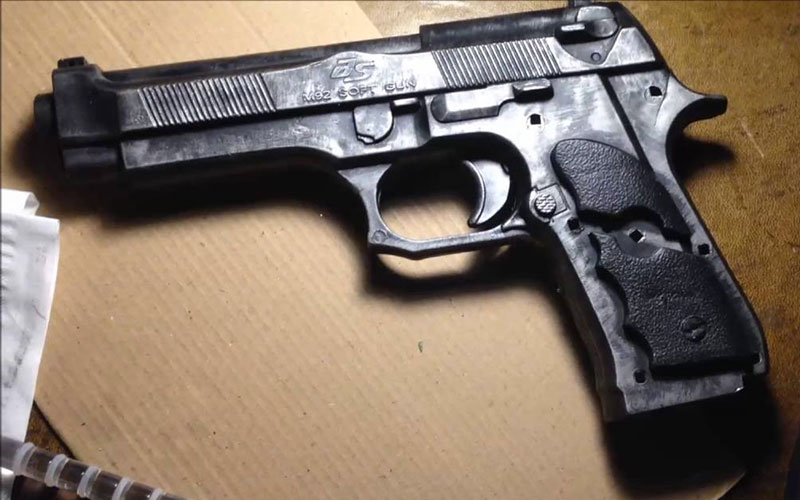 We already know of a few Baltimore cops who are trash. In fact, we know of at least seven police officers from the Maryland city who we would consider “bad cops.”

Lieutenant Brian Rice, Sergeant Alicia White, Officer William Porter, Officer Garrett Miller, Officer Edward Nero, and Officer Caesar Goodson were directly responsible for the death of Freddie Gray in April 2015. The charges against all six of them were dropped, and they were all back to work by November 2017.

And just last month, Officer Arthur Williams was caught on video punching and tackling an unarmed man for no reason. He was suspended with pay and charged with assault. He pleaded not guilty, because of course.

But if you needed further evidence that some members of the Baltimore Police Department are walking garbage cans, look no further than this Vice article from January 2018 talking about how a trial revealed how Baltimore cops have a way to shoot anyone they want with impunity: they carry toy guns in their patrol cars to plant on innocent people.

Detective Maurice Ward, who’s already pleaded guilty to corruption charges, testified that he and his partners were told to carry the replicas and BB guns “in case we accidentally hit somebody or got into a shootout, so we could plant them.” The directive allegedly came from the team’s sergeant, Wayne Jenkins, the Washington Post reports.

Though Ward didn’t say whether or not the tactic was ever used, Detective Marcus Taylor—another cop swept up in the scandal—was carrying a fake gun almost identical to his service weapon when he was arrested last year, according to the Sun.

The revelation is just one of many egregious abuses that have come out of the sprawling trial that the Sun has called “Baltimore’s biggest police corruption scandal in memory.” Prosecutors say the squad, which was tasked with getting illegal guns off the streets, abused its power by robbing suspects and innocent people, raiding homes without warrants, and selling confiscated drugs, among other crimes.