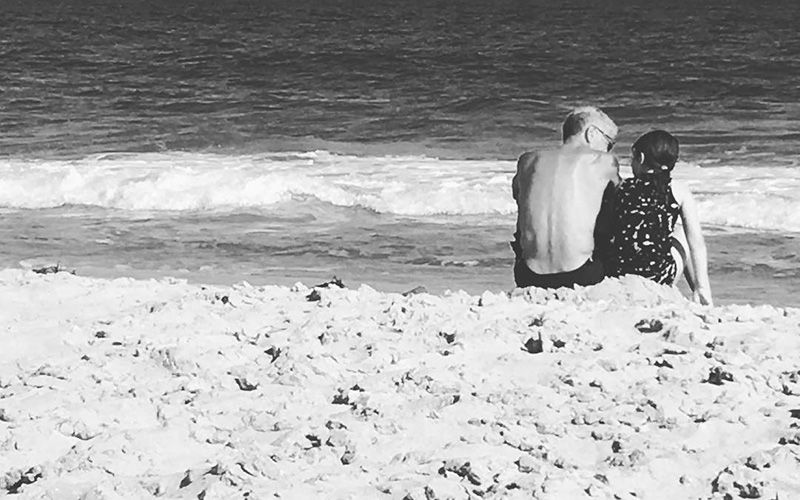 Ariane Bourdain was the only daughter of Anthony Bourdain. On Friday, June 8th, 2018, CNN reported that Bourdain, a famed chef and well-known TV personality, was found dead of an apparent suicide in France. He was just 61 years old.

Ariane Bourdain lived a very private life outside of the public eye, but she was very close to her parents. Her mom is Bourdain’s ex-wife Ottavia Busia-Bourdain.

Here’s what you need to know about Ariane Bourdain.

According to reports, Anthony Bourdain was working in France at the time of his death, an apparent suicide by hanging. His longtime friend, chef Eric Ripert, was the one who discovered his body in his hotel room. It isn’t known whether or not he left a suicide note.

“It is with extraordinary sadness we can confirm the death of our friend and colleague, Anthony Bourdain,” CNN said in a statement. “His love of great adventure, new friends, fine food and drink and the remarkable stories of the world made him a unique storyteller. His talents never ceased to amaze us and we will miss him very much. Our thoughts and prayers are with his daughter and family at this incredibly difficult time.”

Bourdain is survived by his 11-year-old daughter Ariane Bourdain.

Busia-Bourdain was raised in Italy and, according to People Magazine, she moved to the United States in 2000 after falling in love with a musician. She worked at various restaurants in New York before eventually meeting chef Eric Ripert, who introduced her to his good friend Anthony.

Ottavia and Anthony seemed to hit it off, despite their 22-year age difference. They welcomed their only child Ariane in 2007.

Anthony and Ottavia announced their decision to split in 2016, writing in a joint statement posted on Instagram, “We love each other. We respect the decisions the other has made. And we’ll always consider ourselves a family. Because of professional decisions we both have made, my husband and I have been for years in an unconventional relationship.”

3Ariane, described as a “harsh critic” by her father, was featured Bourdain’s 2016 cookbook “Appetites.”

Ariane and her father were very close. In late 2016, Anthony Bourdain published a cookbook called “Appetites,” which was mostly written for Ariane, as Anthony highlighted the various dishes he enjoyed cooking for his daughter.

A passage from the cookbook reads: “I feel uncontrollable urges to smother the people I love with food. I’ve become this sort of passive-aggressive yenta or Italian grandmother stereotype from films who’s always urging people, ‘Eat! Eat!’ and sulking inconsolably when they don’t.”

Bourdain said in a 2016 interview with The Takeout that his daughter was a “harsh critic” and that he always had to be careful with the flavors he added to some of her favorite dishes.

“You know, I put a tiny tiny little bit of nutmeg in my macaroni and cheese and she did not enjoy that. She called me on it right away,” he told the outlet. “She’s got a very acute palate and she catches me if I over-salt something. If there’s any variance between a dish that she liked last time and how it’s done today she’ll be like, ‘Nah, not eating it, there’s too much pepper in that.'”

4Ariane’s parents have shielded her from the public eye.

Despite Anthony Bourdain being a well-known personality around the globe, he and Ottavia have made a conscious decision to shield their daughter from the public eye.

In fact, neither one of them has ever shared any photos of their young daughter’s face on social media, like the picture above, for example, showing her getting her hair braided.

The picture below was shared on Instagram by Anthony Bourdain after winter break last year, and you cannot see her face in it as well:

5Anthony Bourdain said that becoming a father changed his life.

Like many first-time dads, Anthony Bourdain said that having a child was a life-changing moment for him.

He said in his 2016 interview with The Takeout: “I guess my whole life, as much as I might have wanted a child for the reason that everybody wants one, I always recognized that at no point until I was 50 was I old enough or up to the job. I thought, you know what, I not only really want a child, but at this point, finally in my life, I think I’m up to the job and I’m the type of person who could do the job well and I’m financially prepared to look after a child.”

The private side of Bourdain, assembling a Barbie Dream House for his daughter Ariane at midnight on Christmas Eve 2013. RIP pic.twitter.com/NggyYqF2Ws

Bourdain said the realization that he was capable of caring for a child hit him like a “bolt of lightning.”

He mentioned in the interview that he wanted his daughter to experience all of his “treasured childhood memories” and described the overly elaborate manner in which he would plan meals for her.

“It’s almost an assault, at least for the first few years,” he said. “When we go on vacation, I would find myself, in a really over-organized way, becoming overly aggressive with the personal culinary history. I overloaded the poor thing with all the greatest hits of my most cherished childhood memories and dishes from the Jersey Shore and Cape Cod. I literally had a cycle menu for a poor little kid, and I have a fucking cycle menu up on the refrigerator. ‘Today will be steamers followed by boiled lobster and fresh corn on the cob and seasonal tomatoes! Tomorrow will be clam chowder.'”

Bourdain also said that he felt like it was “wrong, morally” and “annoying in general” to encourage a child to become a foodie, so he never tried to push exotic cuisines on her. “I never even suggested, ‘Hey baby it’s good, maybe you should try it.’ That never worked for me,” he said. However, to his surprise and delight, Ariane seemed to naturally have a refined palate, even at a very young age.

“When she was a very little girl if she wanted to eat pasta with butter every day that was fine with me, but what else was being eaten at the table was often very interesting… and she would often reach for a sardine or an anchovy. Some salty pecorino or even raw oysters, she was eating at age 3.”

Bourdain advised parents to never push foods on their children that they didn’t want to eat. “Never try to get your kid to eat anything she doesn’t already want to eat,” he said. “Just eat interesting stuff in front of her while completely ignoring her. Never, ever suggest ‘try it.’ Never say those dreaded words ‘try it, it’s good.’ Or worse, ‘It’s good for you.’ That’ll poison the well. Eat interesting foods in front of her. If he or she wants to eat grilled cheese, fine. Let them discover it on their own and it will be their own little triumph rather than something you convinced them to do.”