GOSSIPONTHIS.COM Music Videos WATCH: Cardi B Is a Scorned Bride in Kill Bill-Inspired “Be Careful”... 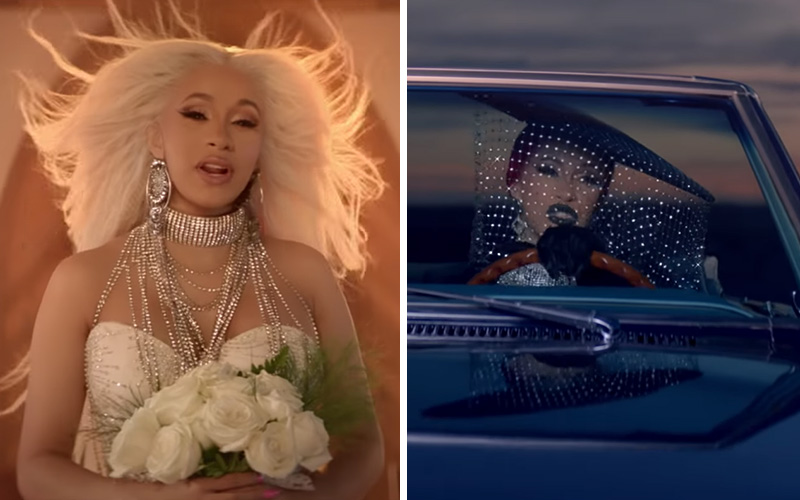 Don’t mess with Cardi B! The rapper shows us exactly what she means when she tells her man to “Be Careful” in her latest music video, which shows the pregnant rapper as a scorned bride who becomes a not-so-grieving widow as fast as she became a wife.

In the opening scenes of the Kill Bill-inspired visuals, directed by Jora Frantzis, Cardi is a not-so-blushing bride in an all-white gown as she raps about infidelity while standing at the altar with the man she’s supposed to spend the rest of her life with.

But what’s supposed to be a happy time for Cardi quickly turns into sorrow as the video goes dark (literally and figuratively) and Cardi, now dressed in all black, rolls up to the same church she got married in. However, this time, she’s attending her husband’s funeral.

As she looks into his open casket, she raps about how he “makes [her] sick” before she closes the coffin and rides off into the sunset.

After taking a leave of absence from social media earlier this month in response to her feud with Azelia Banks, Cardi reactivated her Instagram to promote her new video.

She talked about the video shoot in a post on IG, calling it “one of the hardest videos” she’s ever done.

“It was one of the hardest videos I ever did because it was in the desert, like in the middle of nowhere, and bitch I was so hot,” she said. “My pregnant motherf**kin’ ass. I never sweat, and I was sweatin’ that day, like my underarm was sweating, under my titties. I never get under titty sweat, but that day, for sure.”

“Be Careful,” which has been certified gold, is the third single from Cardi’s gold-certified debut album Invasion of Privacy, following the hit singles “Bodak Yellow” and “Bartier Cardi.”

The femcee, who is expecting her first child, a baby girl, with her fiancé Offset this summer, is due to hit the road with Bruno Mars for his “24K Magic World Tour” this September.