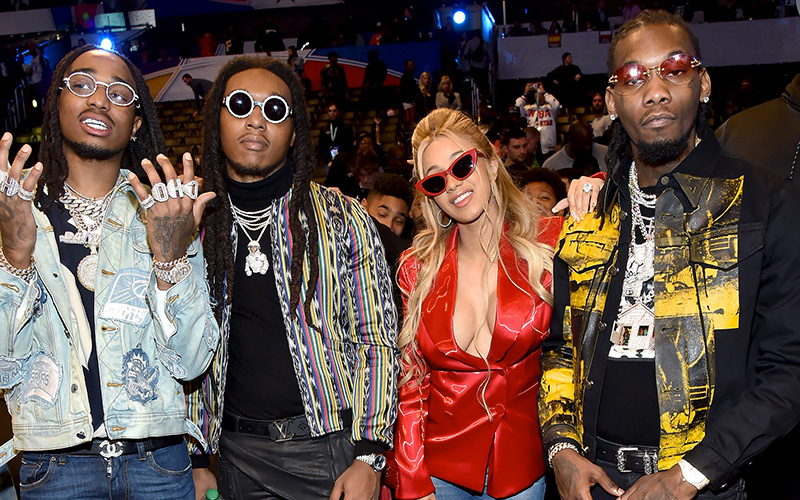 With just two days left until her debut album Invasion of Privacy drops, Cardi B is keeping the promo train going with the release of yet another new song.

This time, she’s teaming up with her fiancé Offset and his cousins Quavo and Takeoff, collectively known as Migos, for a new track called “Drip,” which hit the internet late Tuesday night (Apr. 3).

Just last Friday, Cardi released her album’s third single “Be Careful,” and just this past Monday night, she debuted the video for her second single “Bartier Cardi” (feat. 21 Savage) during an episode of Love & Hip Hop Atlanta. And guess what? She’s not even close to being finished with her album promo.

The day after her album is released, she is set to perform on the April 7th episode of “Saturday Night Live.” And next Monday (Apr. 9), she’ll make history as the first person EVER to co-host “The Tonight Show” with Jimmy Fallon. On top of that, Cardi is also set to join Bruno Mars on the fourth and final North American leg of his 24K Magic tour this fall.

Invasion of Privacy is due out this Friday (Apr. 6).