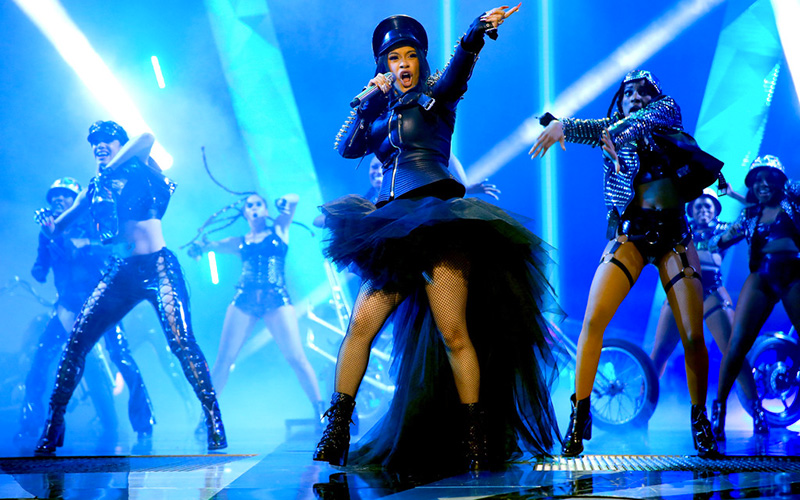 Cardi B opened the 2018 iHeartRadio Music Awards Sunday night (Mar. 11) with a medley of her chart-topping hits.

Dressed in a studded biker jacket with a black skirt and long black train on the back, the rapper kicked off her performance with her latest single “Bartier Cardi” before transitioning into her hit singles she shares with other artists, like “Motorsport,” “No Limit” (which featured a quick appearance from G-Eazy) and “Finesse.”

She ended her show-opening performance with the biggest hit of her career so far, “Bodak Yellow.”

In addition to her performance, Cardi B’s fans were also treated to news they’ve been waiting on for a while: confirmation of when her debut album will finally be released.

While accepting her award for Best New Artist, Cardi thanked those close to her, including her fiancé (and rumored baby daddy) Offset, and she also thanked her haters. She also revealed that her currently untitled debut album will be arriving in April.

The 2018 iHeartRadio Music Awards aired live on TBS from The Forum in Los Angeles.