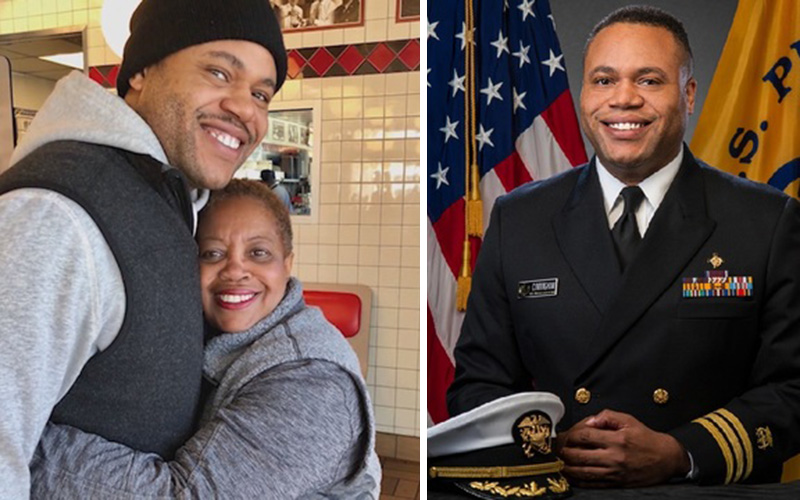 35-year-old Timothy Cunningham, a recently promoted commander with the U.S. Public Health Service, has made national headlines since disappearing nearly two weeks ago after he left work early due to being sick.

Here are some things to know about Timothy and his mysterious disappearance:

1Timothy Cunningham left work Feb. 12 because he wasn’t feeling well and hasn’t been seen since.

According to various reports, Cunningham left work in Atlanta early on February 12th after falling ill and hasn’t been heard from since. His family, who says they talk to him on a regular basis, became worried after they tried to get in contact with him and he didn’t respond to any of their phone calls and text messages.

Cunningham’s parents then traveled from Waldorf, Maryland to Atlanta to check in with their son. They arrived at his home on Valentine’s Day and entered the home using a spare key. Cunningham was not at the home, but his family found his wallet, credit cards cellphone, car keys, and driver’s license left behind. Cunningham’s dog, Mr. Bojangles, was also in the home left unattended, and his car was parked in the garage.

Another strange thing they noticed was that two of the windows in his home were left open, which alarmed them because it was very out of character. Timothy was very environmentally conscious and wouldn’t have normally left those windows open, they believed.

“It’s not the type of news you want to hear. Your child is missing. Thirty-five years old, but always your child. This is not normal. This is definitely out of the ordinary,” his father Terrell Cunningham told the media.

2Cunningham was recently promoted at his job.

To add to his long list of achievements, Cunningham earned the Outstanding Atlanta award in 2014 in recognition of his “service, leadership and achievements of Atlanta young professionals.”

3Timothy’s father talked to him the day before his disappearance and his sister was the last person to have contact with him.

“Tim had been in communication with us extensively on Sunday [Feb. 11], and I pinpoint Sunday because there were some exchanges via phone as well as text that alerted me to be concerned about our son,” his father Terrell Cunningham told NBC News.

“My first mind is that something has happened especially considering the length of time he’s been gone. Not having his phone, leaving his dog, Beau, alone, he just wouldn’t voluntarily check out like that,” he added.

Timothy’s sister Tiara Cunningham was the last person to speak with him and she said he didn’t sound like his usual self during their last conversation.

“He sounded not like himself,” she said of the conversation, which she says ended with them both saying, “Love you. I’ll talk to you later.”

4Timothy Cunningham is a Harvard grad.

On the CDC’s official website, cdc.gov, Cunningham’s bio says he is an active member of the American Public Health Association and the American College of Epidemiology. He received his S.M. and Sc.D. from the Harvard T.H. Chan School of Public Health.

He was also deployed for numerous public health emergencies, including Superstorm Sandy, as well as incidents related to the Ebola and Zika viruses.

According to The Washington Post, Timothy’s father was an Air Force nurse for 30 years, and his mother worked for the state health department as a program manager.

Cunningham had followed in his family’s footsteps and made his career focused on studying disease patterns.

6His friends describe him as a positive and happy person.

Cunningham’s close friend from college, David Calloway, told NBC News, “[Timothy] has this pristine service record and background, and then he’s also the guy you can call to help you move furniture or get together with you at a restaurant at the end of a long day.”

Another one of Cunningham’s friends said just less than a week before his disappearance they had both bought tickets to attend a gala that celebrated the anniversary of the founding of Morehouse.

“Our last communication the week prior was about hanging out before and going down to the VIP reception and enjoying ourselves,” Jose Carlos told NBC News. “I can speak for myself and so many classmates that this is very, very shocking.”

7Timothy’s family is offering a $20,000 reward for anyone who has any information on his whereabouts.

The police have found no evidence of foul play in connection with Cunningham going missing, but his family has partnered with Crime Stoppers Greater Atlanta to offer a cash reward for information leading to an arrest and indictment in connection with the incident. The amount was initially set at $10K, but has now risen to more than $20K, according to a GoFundMe campaign started by Cunningham’s friends and family.

“As of today we have been unable to locate Mr. Cunningham and we are seeking the assistance of the public with this case,” Officer Donald T. Hannah of the Atlanta Police Department said in an email on Saturday.

Anyone with any information is urged to call 911 or the Atlanta Police Homicide/Adult Missing Persons Unit at (404)546-4235.