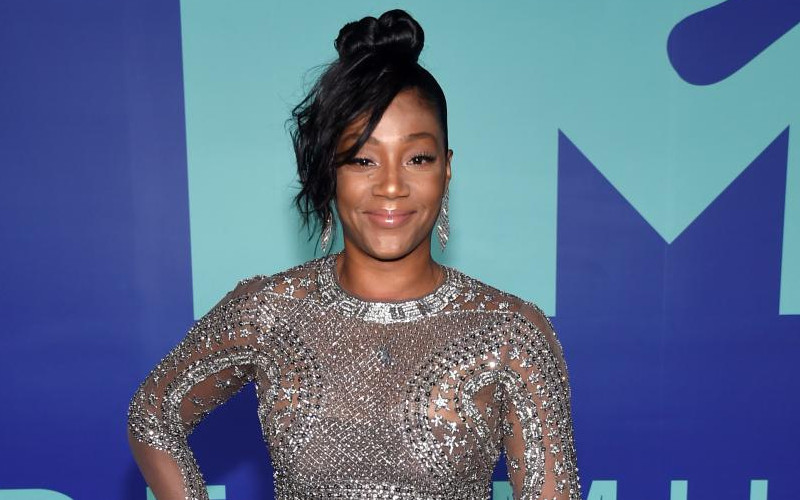 MTV Awards shows have been a hit or miss in recent years, but the 2018 MTV Movie & TV Awards will be a must-see for one reason only: Tiffany Haddish!

It wan announced today (Feb. 22) the breakout comedian/actress will host this year’s ceremony, becoming the first black woman to do so. Haddish shared the exciting news in an Instagram video. She said:

Haddish became a breakout star last year after starring in the hit comedy, Girls Trip, and now the sky is the limit for the 38-year-old.

In addition to the MTV hosting gig, she will star alongside Tracy Morgan in the upcoming TBS sitcom, The Last OG, with Kevin Hart in the comedy film, Night School, and with Melissa McCarthy in the comic book film, The Kitchen. Netflix also recently announced an animated series starring Haddish.

Haddish is also a trending topic today after her reaction to meeting/reuniting with Oprah on The Ellen DeGeneres Show went viral. Haddish cried as Oprah praised her accomplishments. The comedian even pitched her joint farmers’ market idea to Oprah called “Tiff & O’s” because the two have vegetable gardens.

Here’s what we did. We took a celebrity, @TiffanyHaddish, and we surprised her with her hero, @Oprah. This is how it went. pic.twitter.com/aKi3uP8P5m

The 2018 MTV Movie & TV Awards will air June 18th with nominations being announced in the coming weeks.