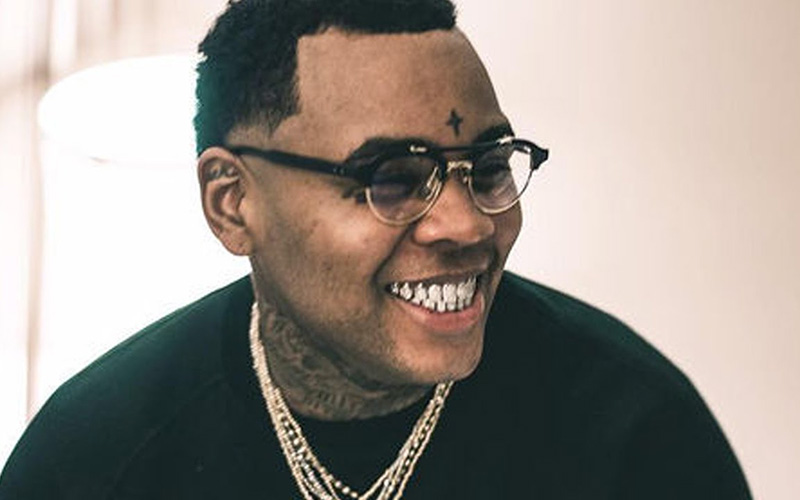 Kevin Gates has a few reasons to smile this morning. After spending the past 14 or so months in prison (the last 9 months were from a 30-month sentence), Gates is finally a free man.

In October 2016, Gates was found guilty of battery for an August 2015 incident in which he kicked a female fan in the chest after she grabbed him (allegedly in his genital area) while he was performing on stage during a concert in Lakeland, Florida.

Gates discussed the incident in a song he released in September 2015 called “The Truth.” He rapped:

Man in the mirror you way out of order / Go to jail who gonna look out for your daughter / All on the news ’bout what happened in Florida / Posted on Worldstar a iPhone recorded / She grabbed my d*ck overreacted, I’m sorry

Two or three times I had already warned her / Edit that part out, I don’t like to argue / My children go with me to every performance

Wrong, you should have respect for yourself / You a queen and you wasn’t respecting yourself / Ever been disrespected, you know how it felt / You don’t have to like me go love someone else

During the trial, 18-year-old Miranda Dixon said she was only trying to get the rapper’s attention, while Gates and testified that he feared for his safety and was simply defending himself against sexual assault.

His lawyer Jose Baez (also Casey Anthony’s lawyer) even tried to use Florida’s “Stand Your Ground Law”—the same law that allowed Trayvon Martin’s killer, George Zimmerman, to go free—as a defense. A jury of six white women found Gates guilty and he was immediately taken into custody to serve a 180-day sentence in jail.

If you’ll remember, Gates was released from a Florida prison for all of five minutes on March 30, 2017 before he was re-arrested on an outstanding warrant that was issued because he failed to appear in court regarding a 2013 gun charge.

The “2 Phones” rapper pled guilty to felony gun charges in April 2017 in Cook County, Illinois and was sentenced to 30 months in prison at the Illinois Dept. of Corrections.

Even though he’s free from the confines of prison, Gates isn’t 100% in the clear yet, as he’s out on parole, and his release conditions include mandatory supervision and no possession of firearms. But, hey, it’s better than prison!

While serving his prison sentence, Gates’ wife, Dreka, was asked by him to put together a project, and she said she wanted to make sure it was perfect.

“BTW working on Kevin’s new project right now and I’m not going to lie, I’m nervous as F b/c I’m not getting any input from him & he’s fully entrusted me w/everything so there’s a lot of pressure!” she wrote on Twitter last July. “I respect real artists and their artistry and to be making ALL of the decisions is scary but rest assured the music is always fire as F!”

BTW working on Kevin's new project right now ?and I'm not going to lie, I'm nervous as F b/c I'm not getting any input from him ? & he's (1)

(2) fully entrusted me w/everything so there's a lot of pressure! I respect real artists and their artistry and to be making ALL of the

(3) decisions is scary but rest assured the music is always fire? as F! ?

The rapper’s last project, By Any Means 2, was released in September 2017 while he was behind bars. The mixtape included the singles “No Love” and “What If,” as well as a song featuring PnB Rock called “Beautiful Scars.”

Right after the news broke about his prison release, Gates posted a photo on Instagram with the words “I’m Him,” which could possibly mean that he’s on the verge of dropping a new song.