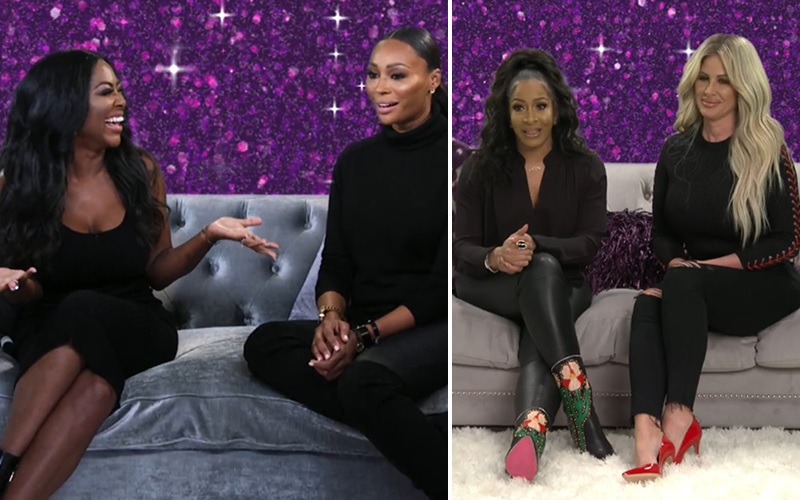 Have you ever felt like you needed more Real Housewives of Atlanta in your life? If you have, then Bravo has granted your wish. The RHOA ladies will soon lead a weekly after-show series.

Immediately following each new RHOA episode on Sunday nights, the housewives will all gather to be even more candid and shady by sharing their thoughts on the episode and each other. The series will stream online and VOD.

People magazine got the exclusive look of what we can expect from the after-show. In the clip, Kenya Moore and Kim Zolciak throw jabs at each other and NeNe Leakes shades Sheree Whitfield’s inmate boyfriend, Tyrone Gilliams.

This will be Bravo’s first official after-show series for a Housewives show. Maybe it’s supposed to be a 2018 update of the blog posts that each housewife pens following new episodes?

However, I’m not sure if this concept is entirely necessary. If I wanted to get live afterthoughts of new episodes, I usually just tune into Watch What Happens Live! with Andy Cohen as he typically has at least one RHOA star as a guest on Sunday nights.

All the peach-holding RHOA stars and their “friends” are expected to make appearances on the new online series.

The first installment of The Real Housewives of Atlanta After Show will stream Sunday, Jan. 7 at 10 pm on BravoTV.com. It will air every Sunday for the rest of the season.