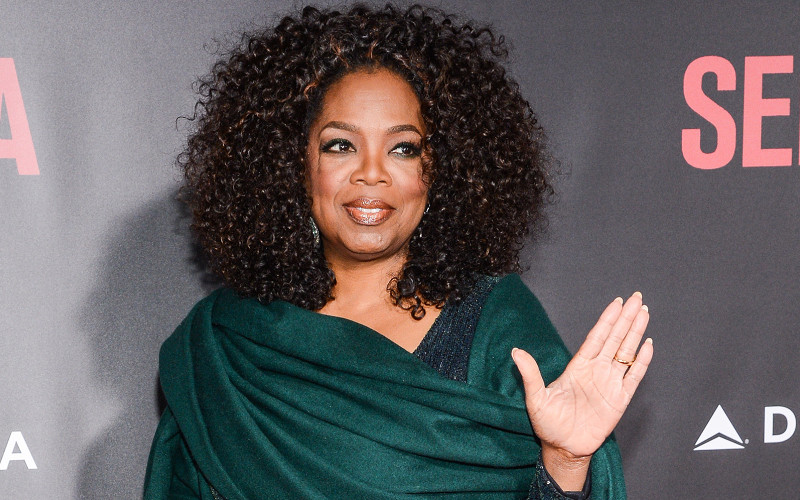 Nominations for the 75th Golden Globes underwhelmed many due to the snubs of critically acclaimed and popular films like Girls Trip and Get Out. But maybe the Hollywood Foreign Press Association is trying to soften that blow with its 2018 lifetime achievement award recipient.

Oprah Winfrey will be honored with the Cecil B. DeMille Award at the 75th Golden Globes ceremony. The annual award recognizes individuals with “outstanding contributions to the world of entertainment.” Oprah will be the first black woman to receive the top honor since it was first awarded in 1952.

Oscar winner Morgan Freeman did the honor of announcing Oprah as the 2018 recipient. He received the honor in 2012.

HFPA president Meher Tatna sang Oprah’s praises in a statement, noting the media mogul has “celebrated strong female characters on and off screen, and has been a role model for women and young girls for decades.”

“As a global media leader, philanthropist, producer and actress, she has created an unparalleled connection with people around the world, making her one of the most respected and admired figures today.

“For generations, Oprah has celebrated strong female characters on and off screen, and has been a role model for women and young girls for decades. Holding titles such as Chairman, CEO and Founder, Oprah is one of the most influential women of our time, and this honor is well deserved, especially in this 75th anniversary year of the Golden Globe Awards.”

Oprah was first nominated for a Golden Globe in 1985 for her role as “Sofia” in The Color Purple. She also received an honorary Academy Award in 2011 for her humanitarian efforts.

The 75th Golden Globes will be presented live January 7, 2018 on NBC and will be hosted by late-night talk show host Seth Meyers.