GOSSIPONTHIS.COM Celebs Tyrese Claims He Didn’t Go to Abu Dhabi to Do Hosting After... 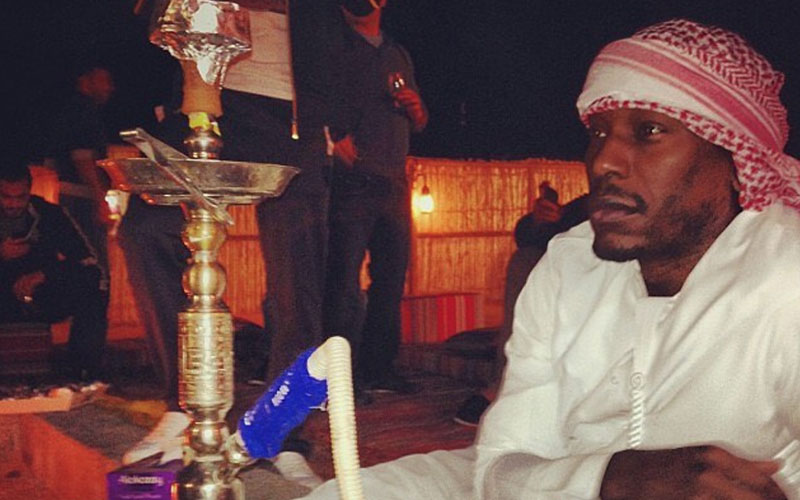 I know that pointing out that Tyrese’s behavior on social media is erratic is a bit like saying Sammy Sosa’s skin seems to have gotten a little lighter these days. But still, I can’t help but chuckle at the foolery that Tyrese displays to the world in the name of….I guess therapy?

After emerging somewhat victorious in the contentious custody battle over his daughter Shayla, Tyrese decided to retreat to the UAE for some MUCH needed rest and relaxation. But although he made it clear that he was eager to get away from it all, he also spelled out explicitly that he was traveling to conduct business meetings and “to host.”

Hosting is how a lot of your favorite reality stars and up-and-coming rappers really pay their bills, because the TV checks ain’t all they’re cracked up to be and very few reality TV stars cross over as actual music successes (minus Cardi B) so getting paid to “host” club parties is a reliable, profitable revenue stream for MANY celebrities.

The fact that Tyrese, a multimillion-dollar-earning actor and musician who shouldn’t have to be hosting club parties at this stage in his career, is out here hustling for coins in clubs or private parties shows how much damage his tirades on social media have done to his career. But hey, take that humble pie cause those $5 million he said Jada and Will were wiring into his account ain’t never comin’, so he might as well get busy.

Now imagine my surprise when 6 days after he posted an IG video with a caption SAYING he was going to the UAE “to host,” he posts a different video in which he scolds and corrects an airline employee who says they didn’t realize he was coming to town to host. Tyrese immediately insisted to the young man that he wasn’t there “to host” any parties.

Tyrese’s medication needs to be revisited because this man is incapable of keeping up with the lies he told within the same week.

Of course, Tyrese lying about not going to Abu Dhabi to host isn’t the craziest thing to come out of his trip. No, that would be the bizarre videos where he forces his wife to participate in his social media broadcasts. Her face is perpetually in a tight grimace and she looks like she’s starring in a hostage video and would rather be anywhere in the world than next to Tyrese.

I don’t think Samantha Gibson is gonna make it through the rest of 2017 as Tyrese’s wife, y’all.