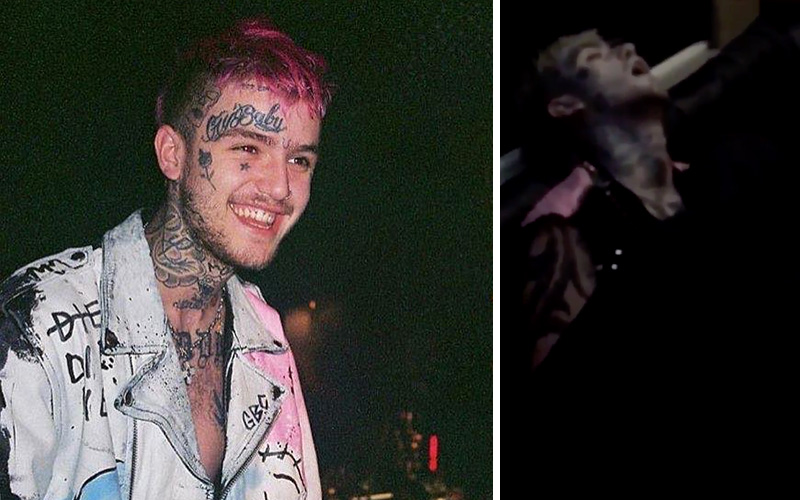 Gossip On This has obtained video footage showing Lil Peep right before he died on his tour bus.

The video was recorded by Peep’s best friend Bexey, who seemingly was unaware that the rapper was dying from a drug overdose.

“Apparently Peep’s in the back of the bus doing press-ups, sit-ups, working on his six pack, his muscles. I’m gonna see it for myself,” Bexey said jokingly to the camera before turning it around to show an obviously unconscious Peep with his mouth wide open.

The footage was initially shared on Bexey’s Instagram story before it was quickly deleted, likely after his friend died in his sleep.

Another (now-deleted) video posted on Lil Peep’s Instagram shows the rapper on his tour bus high on Xanax on Tuesday (Nov. 14) ahead of his concert in El Paso, Texas assuring fans that he would be OK to perform that night.