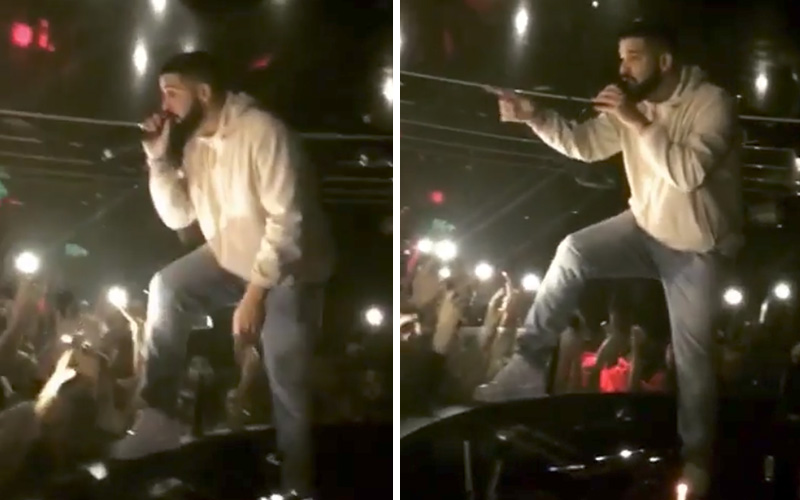 Drake doesn’t play around when it comes to his fans. ESPECIALLY his female fans.

During a concert afterparty at a nightclub in Sydney, Australia, the “6 God” stopped in the middle of his performance to threaten a man who was inappropriately touching women in the crowd.

As Drake confronted the guy, the audience went crazy and applauded his quickly timed and well-needed reaction.

Instagram user louisesukari captured the footage, which has gone viral since it was posted this morning.

“I got this close to Drake threatening to jump into the crowd to start a fight with a guy groping a woman in the audience. Violence against women, 6 God says no.”

The video comes amid a number sexual harassment allegations plaguing Hollywood over the past couple of weeks.