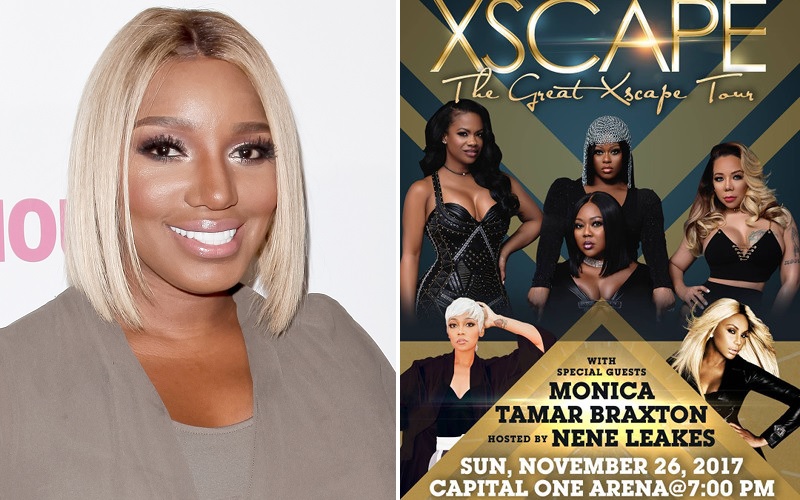 NeNe Leakes has suffered the first professional setback since making a distasteful rape joke towards a female heckler at a comedy show and one of her Real Housewives costars played a pivotal role.

Kandi Burruss and her band Xscape announced Thursday (Oct. 12) that they have decided to drop NeNe from their reunion tour. It was only announced last week that NeNe would serve as the tour’s official host.

Xscape’s statement regarding their decision to part with NeNe reads in part:

“Like many, we were dismayed by the recent remarks made by our talented colleague and friend Nene Leakes. As a result, we have decided to no longer proceed with her participation on our tour…

“As strong supporters of all women, we know this decision is what is best. Our hearts go out to all female victims and we stand with you! This tour is for and about our fans and we want to provide an entertaining and enjoyable experience for every single person who attends.”

Tamara Tattles first speculated NeNe was off the tour last night when it was pointed out that the reality star’s name had been removed from all social media related to “The Great Xscape Tour.”

NeNe’s PR nightmare was sparked by an off-comment she made at comedy show over the weekend. “I ain’t even gonna tell you about the goddam Uber driver. I hope he rape yo’ ass tonight when he take you home, bitch,” she told a female heckler in the crowd.

She has since apologized for the horrible joke. “As a woman and someone who has survived abuse, I regret the worlds that I used,” she wrote, in part, in a statement. “I hope people accept my deepest and sincerest apologies.”

Only time will tell if NeNe will lose any more jobs and/or coins over the joke, including her coveted spot on E!’s Fashion Police.