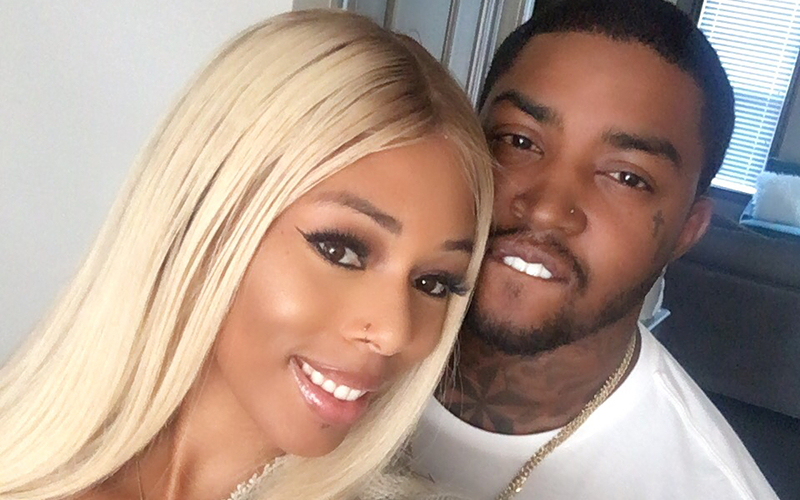 The comment could have been a slip of the tongue, but after some prodding from the hosts, Bambi confirmed that she and Scrappy have been married for about a month.

“Listen, I can’t even hide it anymore. I’m married, I’m happy. We’re just trying to do this thing on our own… It’s been a month. We actually weren’t trying to hide it. It was just something we were doing just for us.”

We reported in late-September that the off-and-on Love & Hip Hop couple had secretly tied the knot. The newlyweds told family and close friends after the fact. However, Bambi told the Sister Circle hosts that both families were happy for the union and she and Scrappy are planning a wedding specifically for family and friends to attend.

Bambi and Scrappy broke off their engagement earlier this year allegedly due to cheating and trust issues. In July, Bambi posted screenshots of Scrapp begging her to take him back and he launched “Operation: Find the Bam” in August.

Clearly, they have found their way back to each other and we wish them well.