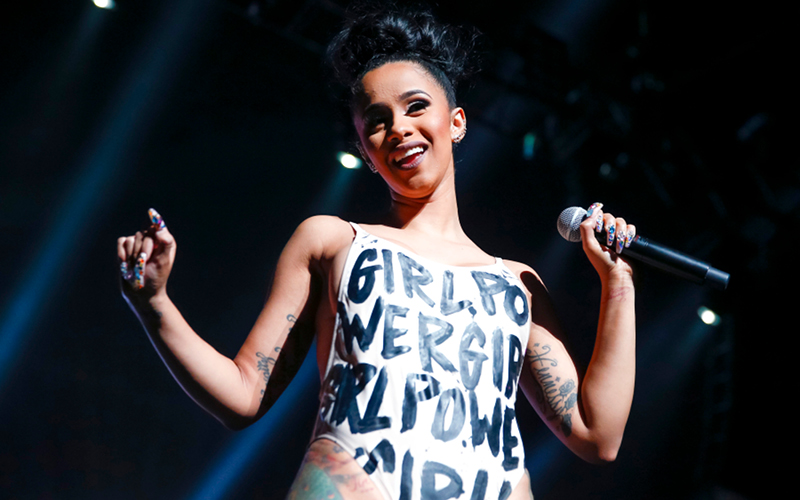 As reported on Friday (Aug. 11), “Bodak Yellow” is currently holding the No. 14 spot on the Hot 100 list. This is a jump from charting at No. 28 the previous week. It has appeared on the chart for five weeks.

The song’s chart also success makes Cardi the highest charting female rapper on a solo track since Nicki Minaj’s “Anaconda” in 2014, which peaked at No. 2. Minaj has sat on the throne as the top-selling female rapper in the game for a while now, but Cardi seems to be on the fast track to getting her own crown.

However, we don’t expect any rap beefs between the two NY women just yet. They recently followed each other on Instagram and Cardi was just brought onstage by Nicki’s good friends and possible new boo, Drake, during OVO Fest last week. So, Cardi already has the Young Money stamp of approval.

“Bodak Yellow” is making an impact on other charts as well, including landing at No. 8 on Billboard’s Hot R&B/Hip Hop Songs and No. 18 on iTunes. Via Billboard.com:

The former stripper and Love & Hip Hop star is certainly glowing up and it’s only the beginning!