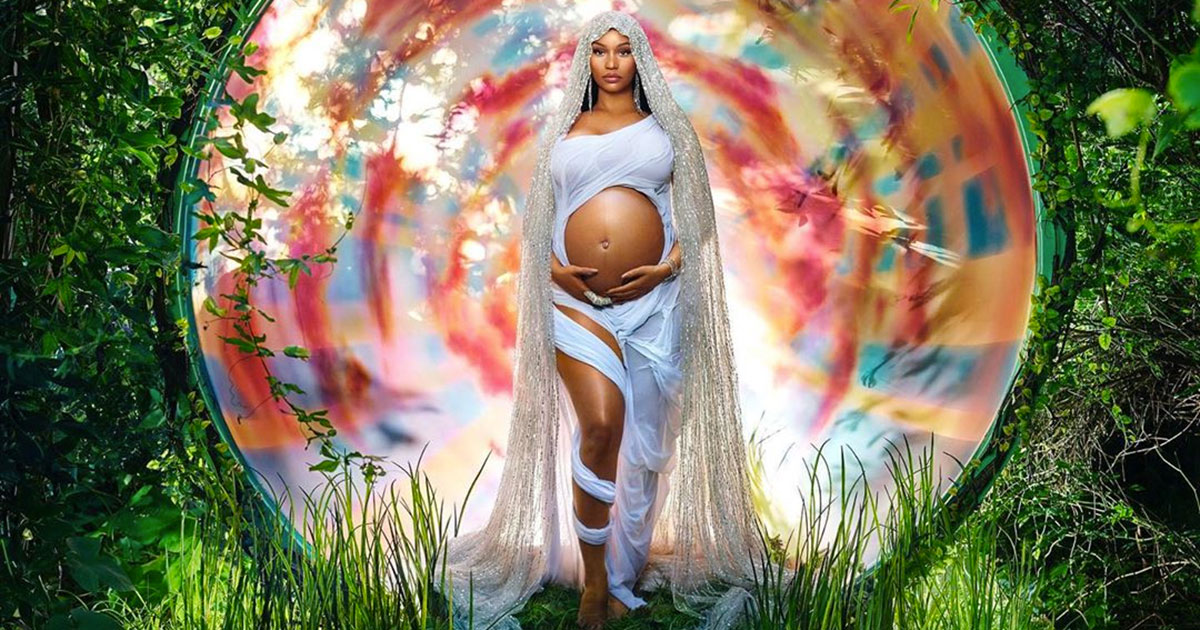 The rapper and her husband of nearly one year, Kenneth Petty, have reportedly welcomed their baby in the world.

Sources tell TMZ that Nicki gave birth Wednesday (Sep. 30) in Los Angeles, but details about the baby—like its name or sex—are unknown at the moment.

TMZ also reported that Kenneth was right by Nicki’s side as she gave birth.

Nicki announced her pregnancy on social media back in July with an epic David LaChapelle photoshoot, writing in the caption: “#Preggers. Love. Marriage. Baby carriage. Overflowing with excitement & gratitude. Thank you all for the well wishes.”

She looked to be about six or seven months pregnant then, so the timing of her giving birth makes total sense.

Sources at the time told Us Weekly that the 37-year-old “Trollz” rapper was “over the moon” about her first pregnancy.

“She has wanted to become a mother for a long, long time, and now her dream is finally coming true!” the insider revealed. “She feels so blessed to be pregnant and can’t wait to meet her mini-me.”

Nicki sparked pregnancy rumors back in May during a quarantine Q&A on Twitter with her fans.

While sharing what she’d been cooking while in quarantine, Minaj revealed that she was having cravings for red meat and jalapeños, and added that she’d been experiencing nausea and urinating a lot.

Lmao. No throwing up. But nausea and peeing non stop. Omg what do u think this means guys???? Lmaooooooooooo https://t.co/NLxdgw01fD

When a fan asked her directly if we would be seeing a baby bump anytime soon, Minaj said: “Yea in a couple months. The world ain’t ready yet,” and announced her pregnancy just two months later.

Nicki has talked about her desire to start a family for a while now. Back in 2014, she told Vogue Italia magazine: “I do not want to work all my life and never experience the joys of a family.”

And she told Cosmopolitan magazine in 2015 that she hoped to have at least two or three kids over the next 10 years and wanted to spend as much time at home with her family.

“I want to be able to cook for my children, bake cookies for them, and watch them grow up,” she said. “I just want to be mommy. Take them to school, go to the parent-teacher conference, help them with their homework, and put their work on the refrigerator.”

Imagine Nicki at a parent-teacher conference or sitting in on a PTA meeting in 5 years.