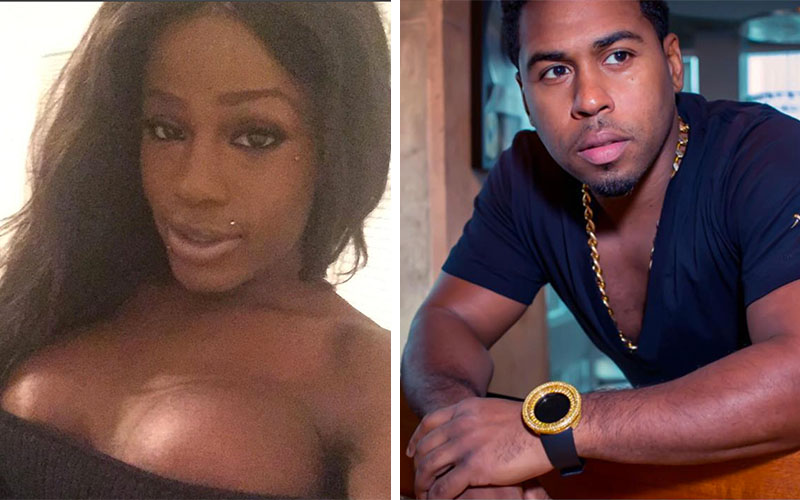 Either somebody in Bobby Valentino’s life doesn’t like him or the good Lord has just decided it’s time to shed a little sunlight on what Bobby has been doing in the dark. It’s hard to say which one it is, but regardless, we have on our hands yet ANOTHER allegation that Bobby V is d***ing down transwomen. She said she’s convinced that Bobby – who she said she met after he contacted her on social media – has an extreme fetish for trans women.

WELP. That’s straight to the point. And given Brandi’s statement about Bobby loving d***, I guess we can assume that the transwoman he was caught on camera with is in a pre-op transsexual.

In terms of her relationship (or “situationship”) with Bobby, Brandi says it was romantic but not exclusive or committed. But strangely, despite the informal nature of their relationship, Brandi feels “hurt” by Bobby and the news that he was caught in bed with her transgal pal Reima Houston who put Bobby V’s transsexual fetish on blast to the world.

And when they were apart – which was frequent – Brandi said they’d keep in touch on SnapChat and would even FaceTime in order to “jack off” together. Brandi insisted that she never was Bobby’s booty call, and also never demanded money for sex. She said she considered him a friend as well as a lover.

“He really, really hurt me by doing this,” Brandi said. He (said he) wanted to be with me. I understood that everything had to be on the DL, and I was fine with that…I didn’t realize he was just out here.”

She added: “I thought we were deeper than just f**king.”

There are so many what ifs in this scenario that it’s hard to fully trust any aspect of this story. The only evidence this Brandi person has are screenshots of text messages on Snapchat with someone named “Boby V.” Bossip doesn’t offer any details on how it might have gone about verifying that these encounters were in fact with Bobby V, though they did reach out to his management for comment.

Interestingly, an interview with Brandi Clark with We So Fly Magazine is also floating around. In the interview, Brandi alleges that she knew Bobby was going to be set up to be recorded by Reima, and she warned him as much, but Bobby went anyway because he wanted to see Reima’s d***. Brandi also drops some shade and says Bobby’s d*** is small, even though she declines to confirm if she and Bobby slept together.

If it is true that Bobby has been romantically and sexually involved with Brandi Clark, he’s gonna have to get off of Instagram with his rants about how people should have better things to do than meme his embarrassing transsexual prostitute bust.

Because bragging about donating money for charity and doing good by kids is the oldest trick in the book. And let’s not pretend like that foundation is anything more than a way for you to reduce your taxable income, sir. You had a smooth one-hit and we’re supposed to believe you’re just flush with so much cash that you throw it at philanthropic endeavors because it feeds your soul? Nice try, but nah.

Hopefully Bobby V comes clean about what is going on here with these transwomen. If he does indeed have a preference and taste for women with penises, he should just come out and say so. While it would be shocking, his forthrightness would be refreshing. It might devastate his already dead-on-arrival singing career, but frankly, not admitting to it and playing the denial game isn’t helping matters either.