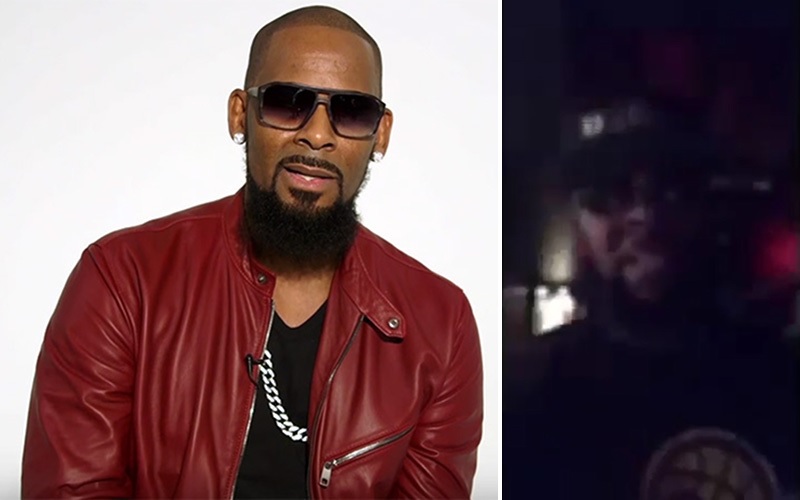 The Pied Piper has spoken. R. Kelly speaks out for the first time since being accused holding several young women in his home.

Using a crappy camera and low light, the singer recorded a brief, grainy video for fans. Although he never says the word “cult,” Kelly denies the allegations against him and proceeds to promote one of his upcoming shows.

“I just want to let all of my fans out there know, despite all of the crap y’all hearing, I will be coming to the East Coast to do my show. And believe me y’all, it’s a bunch of crap.”

Given the video’s bad quality and overall creep factor, I don’t think Kelly did much to calm anyone’s concerns.

Following an explosive BuzzFeed News report last week, several parents and former associates of the singer claimed he was keeping several women at his Atlanta and Chicago homes, using them for sex, and controlling every aspect of their lives. Concerned parents have even contacted the FBI to investigate the matter.

The disturbing situation was compared to a cult and that the singer had brainwashed the young, impressionable women.

However, two of the five or six women living with R. Kelly came forward to say they are not being held hostage. Joycelyn Savage even recorded two videos to show her parents (and the world) that she was safe and begged her parents to stop talking to media.

And just as we’re questioning R. Kelly’s video, many felt there was something off about Savage’s videos as well, with social media believing she was coerced to say she was safe on camera.

R. Kelly doesn’t seem too pressed about the situation, though; the show must go on. Even amid the cult scandal, TMZ reported that all of Kelly’s upcoming shows were selling as usual, with one venue reporting increased ticket sales after the BuzzFeed report was published.