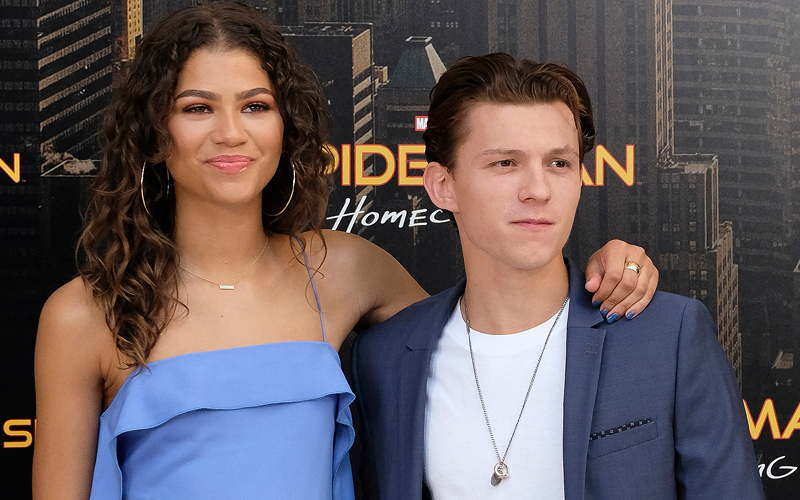 Did the Spider-Man cupid again spawn its enchanting web? Rumors are swirling that Spider-Man: Homecoming stars Tom Holland are secretly dating. However, the two young actors are laughing off the speculation.

Several outlets are reporting the alleged romance, but an unnamed source shared details to People magazine.

“They started seeing each other while they were filming Spider-Man. They’ve been super careful to keep it private and out of the public eye but they’ve gone on vacations with each other and try and spend as much time as possible with one another.”

Zendaya, 20, and Holland, 21, both poked fun at the anonymous quote. “Wait wait … my favorite is when it says we go on vacations together HA! I haven’t been on a vacation in years,” Zendaya wrote on Twitter.

Wait wait…my favorite is when it says we go on vacations together HA! I haven't been on a vacation in years!???hbu @TomHolland1996 ??? https://t.co/zSkvcfzzTa

Despite the tweets, the co-stars still didn’t outright deny they are an item, leaving some Twitter users not buying what they were selling.

Tom and Zendaya: We're NOT dating

tom and zendaya are laughing but still havent denied anything pic.twitter.com/WoWxkpav6S

The Spider-Man film franchise has spawned two previous celebrity couples, including Tobey Maguire and Kirsten Dunst in 2002 and Andrew Garfield and Emma Stone in 2012. Zendaya and Holland would just be the latest couple to be hit by the Spider-Man cupid.