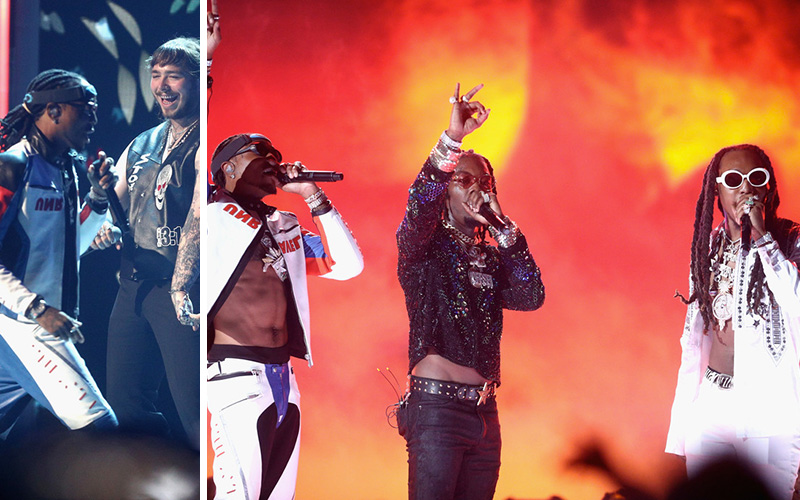 Migos and Post Malone are responsible for some of the year’s biggest hits, so it’s only right that they teamed up for a hit-filled performance during the 2017 BET Awards. Post Malone kicked the performance off with his platinum-selling single “Congratulations,” as he was joined by the track’s featured artist Quavo. Not too long afterward, Quavo linked up with his Migos bandmates Offset and Takeoff to perform “T-Shirt” (complete with a wintry background, just like the video).” The trio’s set then turned red and they performed Bad & Boujee,” the biggest single of their career (and first Billboard Hot 100 No. 1), while the crowd vibed along to the music.